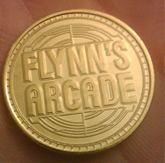 Insert one to ignore genuine inclusiveness

Tokenism is the practice of using a member of a minority group in order to "prove" how "progressive and forward-thinking" your organization is.

For instance, Alan Keyes was the Republican Party's "token black" and would still be if Alan Keyes weren't insufficiently crazy in the era of Ben Carson.[note 1] Some companies[Which?] will hire one representative of a given group — for instance, one black person, one gay person, or one woman[note 2] — to give the entire company the appearance of being inclusive.

Similarly, traditionally exclusionary organizations such as private schools will go out of their way to put (stock) photos of minorities in their literature,[3] creating a parallel Bizarro World of multiculturalism that does not exist in said organization's objective reality. It's why Bob Jones University has photos of black guys and Asians on the front page of its web site.[4][note 3]

Tokenism is also used to give organizations the appearance of political balance. For instance, Alan Colmes was one of Fox News' "Token Liberals."[note 4] 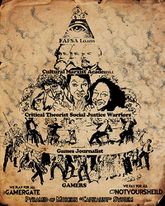 The #NotYourShield pyramid of ultimately blaming the Jews (Cultural Marxism)
See the main article on this topic: Gamergate § .23NotYourShield

Gamergate found a way to weaponize the friend argument with the #NotYourShield hashtag. It is ostensibly a group of women, non-white people, and people of varying sexualities who claim they are not a shield from criticism for the journalists who decried Gamergate as a hate movement focused on evicting women, feminist ideas, and liberalism from the video game industry and that they care about "ethics in video game journalism".[5]

The primary victim of Gamergate, Zoe Quinn, later revealed they had evidence disproving everything about Gamergate up to that point, including evidence that the progenitors of #NotYourShield were sockpuppet accounts of straight white guys having stolen avatars from across the Internet of women and non-white people to use for making new Twitter accounts.[6]

However, this did not stop Gamergate from actually recruiting the kinds of people they initially pretended were supporting them, setting up a culture-jamming campaign and ironically a shield from criticism for Gamergate itself. When anyone criticizes Gamergate for being a hate movement against women and ethnic and sexual minorities, Gamergate adherents cite #NotYourShield, believing that the presence of women, anyone who isn't white, and anyone who isn't straight who agree with them discredits the experiences of those who disagree.

This racism-related article is a stub.
You can help RationalWiki by expanding it.
Retrieved from "https://rationalwiki.org/w/index.php?title=Tokenism&oldid=2439394"
Categories:
Hidden categories: