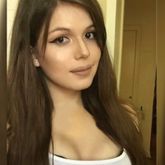 Blaire White (September 14, 1993–) is a YouTube talker who at one time described herself as a "transgender conservative commentator".[2] Her YouTube channel description previously stated that she "create[s] videos making fun of ideologues and cultural marxism",[3] but now simply says that she is "your problematic fav".[4] In practice, White's videos either attack "SJW" YouTubers or defend antifeminist talking points or right-wing positions on trans issues and women's rights despite being trans and a woman herself. In short: Blaire White is the Milo Yiannopoulos of trans issues.

White is a trans woman who started undergoing transition in 2015. As a result, her views on GSM issues often get extra respect despite being contradicted by science. Indeed, White routinely holds views contrary to those of scientific professionals on trans issues:

White "doesn't like the LGBT community",[28] even though it's largely because of them that she has the freedom to be who she is. In her video series "Triggering Trannies" (later renamed to "Upset Trans People"[note 4]) White freely admits that the LGBT community opposes her views, though she blows it off as "just the SJW branch".[29][30][31] Fittingly, White also holds numerous views that appear to be based not on reason but bigotry:

In short: White is against youth transition and simultaneously makes fun of people for not passing. She has also "not bullied" several specific leftist trans YouTubers:

Rape: Anything. No, seriously, like, they've butchered the definition so bad anything can be rape now.

This is a common anti-feminist strawman that ignores the fact that advocates for women's rights have very specific definitions of rape, that not just anything can be rape, and that the real issue is that men are being told not to do things they believe they are entitled to. This entitlement is the definition of rape culture.

The wage gap is in great part due to women taking more time off than men.
What will the Women's March do to help? They'll refuse to go to work. Amazing.

In short: White is indistinguishable from your typical YouTube "anti-SJW" clickbait producer.

White's videos have typical clickbait features. For example, many of her video titles are full of ALL-CAPS, playground insults, or political buzzwords:

Regarding her denial of selling her body, virtually all of White's social media profiles and video thumbnails prominently feature her cleavage.[81]

White has been interviewed by far-right individuals such as Alex Jones,[83] Paul Elam,[84] Paul Joseph Watson,[85] and Steven Crowder.[86]

In December 2017, White unironically tweeted a screenshot of a fake news article from neonnettle.com with the headline "Eminem: Being White is So Embarrassing, I Want To Kill Myself", commenting "Being white isn't embarrassing, but white guilt sure the fuck is."[87]

Like every other trans person on Earth, White has herself been the victim of transphobia. For example, YouTuber No Bullshit described her as a "ditzy" "valley girl" because of her transgender identity as well as her California residency.[88] During a session of the Rubin Report in November 2017, conservative commentator Candace Owens also deliberately misgendered White, citing discomfort with using the "she" prounoun and calling her "a grown man" several times.[89] In the same month, The Daily Caller published a piece about one of White's political stunts, which referred to her with male pronouns (he, his, himself) throughout the article (though not in the the URL)[90] as well as in their clickbait twitter summary of one of her political stunts: "Transgender Wears Trump Hat Around Hollywood, And The Reactions Were Even Worse Than He Expected".[91]

While this treatment is unacceptable, it does not excuse any of White's own behavior.

Recently, White has been accused of being an ethnonationalist in an article written by Katherine Cross.[92][93] White reacted to this claim by threatening to pursue legal action.[94][95] This is incredibly ironic coming from someone who once said “You don't support free speech if you want to deny it for certain groups. You don't support free speech if you think it should have limitations. You don't support free speech if you do not defend your enemy's right to use it.”[96][97][98] While it is true that calling White an ethnonationalist could be considered a bit extreme, it is completely understandable how someone unfamiliar with her content could make that mistake, considering her vehement support of Milo Yiannopoulos (who himself was a collaborator with Richard Spencer & many alt-righters during the 2016 U.S. presidential election),[99], video titles meant to shock and provoke questions of possible racism,[100] casual racist imagery for shock value,[101] (possibly unserious) advocation of gassing refugees,[69] and vague support of white supremacy.[102][103] [104][105] Needless to say, White’s accusations of “slander” majorly backfired on her.[106][107][108]