From RationalWiki
(Redirected from Organism)
Jump to: navigation, search 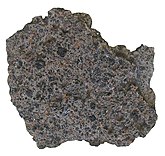 This rock is not an example of life. It does not reproduce, adapt, or metabolise. It just sits there. It is a rock. It is not alive. But it rocks.
This article is about the general nature of the phenomenon on the planet Earth. For life beyond Earth, see exobiology, or ufology if you do not value your sanity. For the detailed study of the phenomenon on Earth, see biology. For the status of being a conscious member of the species Homo sapiens, see real life. For the moral and philosophical value of such status, see life (moral value). For the beginning of such status, see When does life begin?. for Conway's Game of Life, see Cellular automaton.

Life (Superdomain Vitae) is the name given to itself by a four-billion-year-old infestation on a rock located about 150,000,000 kilometres from its host star. Despite having given itself a name, this strange thin crust is very unsure as to the true nature of its identity. It has described itself as a sexually transmitted disease which always ends in death. [1] It has also likened itself to a box of chocolates, as it never knows what it is going to get. That, and the fact that chocolate comes from the seed of the tropical cacao tree, which is alive; therefore, the infestation feeds itself and thrives. The living chocolate, in turn, feeds on the light coming down on its host rock.

Life is very difficult to define[2] but "everyone knows it when they see it".[note 2] In the macroscopic world of humans, there is a sharp divide between living and non-living things. Unfortunately, when we get down to microscopic life forms the obviousness of life is not so universal, as the microscopic level houses a tremendous blur between animate and inanimate. Most living things perform the following essential functions: adaptation, metabolism, and some mode of reproduction. However, these functions are debatable with organisms such as viruses. 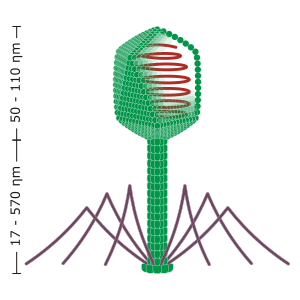 Status as "living" often disputed, and hereby revoked. And no, those are not legs.

Some may complain about a couple of "mechanical" things, one which exists naturally, the other doesn't. First are viruses. Are they alive by our definition? No. They can't actively respond to the outside world. One might also imagine a robot with solar panels that will move toward light and mineral deposits, avoid water, and copies and/or repairs itself. Is this "alive"? Yes. Is that really a problem? 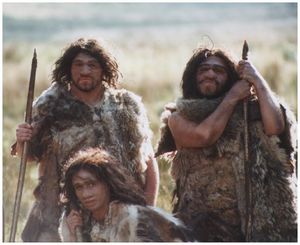 This view is the most complex to explain, but it is the one that most people are familiar with. In this definition of life, "life" is what we say it is. Literally, the definition gets no more rigorous than "everyone knows it when they see it", as mentioned above. Because the human race has evolved to deal with looking at life at the macroscopic (naked-eye visible) level, knowing that something that moves on its own must be alive, we can intuitively tell what is and what isn't alive. In this model of life, life begets life, non-life begets non-life and there is a distinct boundary between life and non-life. In some views, such as creationism, this line cannot be crossed sans magic. This idea's advantages are that it is intuitive and satisfies many humans' need to feel special, unique, and important (just like everybody else). 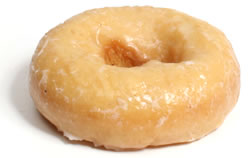 Delicious, but not alive.

The disadvantages of this view are plenty. Firstly, the border between life and non-life presents a challenge; when does life begin? How did life begin? When do gametes become "alive"? Is it possible for us to create artificial life? In essence, this definition raises more questions than it answers and is even more useless because it doesn't, in fact, give us a definition. With this in mind, we can proceed to more objective ideas of life which we can possibly agree on universally.

Looking at the vast diversity of life, some may propose attempting to make a list of characteristics that all living things share. Below is an attempt made by someone on here,[3] with later edits by others:

This is definitely an improvement on defining life, but there are examples which still challenge it (as inserted above). For example, our intuitive view classes a mule as alive, but as it is (with very rare exceptions) sterile from birth due to its genetic make-up, it cannot reproduce. Telling a man who got a vasectomy that he's not "alive" because he can't reproduce will only get you a punch in the face. Viruses and prions also stretch many of these features to the breaking point.

One might define 'alive' as applying to genetic code, expressed in an animate individual, rather than depending on the immediate state of the animate individual in question. To elaborate, the example of a man with a vasectomy would no longer apply. Were he to be cloned, he would be perfectly able to reproduce like any other male human. (Take that, Lamarck!)

However, this approach has its flaws. Specifically, while it does eliminate all problems with acquired/non-genetic differences, some people are genetically infertile. Even applying the category to the species level does not solve the problem; mules are intuitively living, yet do not quite fall under horses or donkeys (depending on the definition of species used) due to their status as a hybrid.[6]

One might propose, having grown tired of discussing mules, to solve this problem by knocking out some of these criteria. As shown above, the criteria of movement, growth, and reproduction are to be removed. Our list goes down to nutrition, respiration, sensitivity, excretion, and genetic material.

In theory, artificial intelligence could appear in a robot that has mobility, a respiration based upon a stream of electrons or nuclear power, awareness of the outside world through sensors, self-repair, and reproduction as a technical exercise.

Simplifying a definition comes with some costs. By loosening our definition, we have also allowed for things that aren't alive to be considered "alive" by our definition. As the picture and title of this section indicate, fire is one of those things. Fire requires some sort of fuel (i.e., nutrition), like wood or petrol. A fire will respire by burning its fuel; it will thus produce waste, like soot, smoke, and ash; convection currents take this waste away, meaning it actively excretes its wastes. Fires will respond to their outside surroundings; it will excrete waste in different directions due to wind, it will (depending on the kind of fire) avoid water, among other things. It can also reproduce. We'll need another criterion.

This also provides us with a handy definition of death: whenever the organism as a whole can no longer meet all these criteria. A jellyfish dies when it can no longer bring food to its mouth or resist decay (hence "dead" beached jellyfish can still sting, although stinging is an active response); a person is dead when permanently unable to respond to the outside world. As a person's actions are controlled by his brain (even reflexes are controlled by his reptilian brain), this fits well with the concept of brain-death. The regenerative abilities of sponges,

show that they haven't died after being chopped up because they can recover from it.[note 4] We've got a nice definition of life here.

Another view of life based on the principles of evolution, often adopted by evolutionary biologists (surprise, surprise...), can be postulated in light of the above. In addition to the consumption of energy and self-organisation and -maintenance, life must undergo evolution, preferably by natural selection. This definition of life satisfies most criteria for both practical biologists and proponents of odd thought experiments. With this definition, it is possible to create artificial life by making "artificial DNA" which can mutate. It is possible for a computer to evolve, and also for a simulation of life to evolve. While this may also be a very broad definition, the advantages of it are numerous. We can now satisfy the problem of a boundary of life and non-life by blurring it a little. While people may have difficulty in accepting a string of molecules as "being alive" it is certainly possible to have a gradual evolution from non-life to life via this definition — starting with simple chains that reproduce via auto-catalysis, then to longer ones that mutate, before complexity builds up to the point where the definitions above become usable. Unfortunately, this has a problem itself; evolution requires reproduction to occur, so any "dead ends" that do not leave any descendants would not be "alive".

This definition is imperfect, of course, but going through the caveats in the above sections should make you reasonably aware of the imperfections — should you ever actually need to answer the question and only have a copy of this RationalWiki page to hand.

Answers in Genesis, you're making flatworms cry. How do you sleep at night?

As with anything, there are some people who wish to ditch all the hard work of countless generations that they take for granted and instead prefer to deal with their primitive fantasies.

The origin of life[edit]

DNA: What pop science likes to call "the building blocks of life" or something else suitably poetic.
See the main article on this topic: Abiogenesis
Not to be confused with the origin of species.

Ongoing life has to be inherited through something hard enough and/or protected enough to survive while simultaneously soft enough to allow mutation. On Earth, following abiogenesis, this is the molecule DNA. This may very well change, though, with artificial life made from scratch.

Life on Earth, in order to build its complex structures (see above), requires some means of storing information, that is hard and/or protected enough to survive, but is soft enough to allow for mutation. For life on Earth, this is currently universally DNA (well, some viruses use RNA, but see above; also, we may soon make our own life that doesn't use DNA). As DNA is a polymer from the same few repeating molecules, it does not become that hard for a primordial soup to produce these simple chemicals (e.g., the Miller-Urey experiment); it wouldn't be incredibly difficult for these nucleotides to fuse and form the first primitive genes. Although other chemicals (so-called "XNA"s, xeno[note 6]-nucleic acids) can replace DNA (and very well could have done so 4 billion years ago), all rely on carbon for their base, as carbon is abundant and reacts with other chemicals very interestingly, to the point where an entire branch of chemistry is devoted just to carbon and its antics. Often electrical charges, e.g. lighting strikes, are associated with giving molecules the energy to react; inorganic and gaseous N2 in the atmosphere is "fixed" into an organically usable form of nitrogen via lightning strikes and is one of the largest sources of organic nitrogen, even today when efficient nitrogen-fixing bacteria have evolved.

In addition to abundant appropriate chemicals, no realistic scenario has been proposed which does not require liquid water in sufficient amounts to completely envelop a basic reproducing unit such as is represented by a cell on Earth. Viruses and some primitive Archaea

can exist in totally dry environments but only truly operate and perform vital functions in the presence of water. The first life on earth probably existed by trapping a small volume of water in a sphere of emulsion created from hydrophobic/hydrophilic molecules[8] — this is basically what a cell is now.

How to get a life[edit]