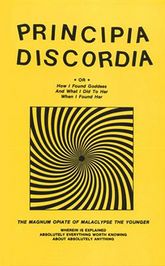 The hypnotic book cover that started it all 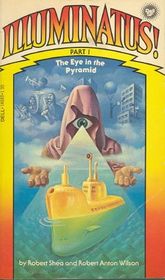 "You really don't need to start reading until the words 'Egyptian Mouth-Breeder' appear on the page."[2]

The oldest and most universal influence in Discordianism is perhaps the archetype of the trickster, known virtually to all cultures and symbolized by the main goddess Eris. In some religions, the trickster is venerated as a Culture Hero

Several authors, thinkers, random conspiracy theorists and promenaders have influenced Discordianism. A major one seems to be counter-culture psychologist Timothy Leary, who suggested that humans see the world through reality tunnels 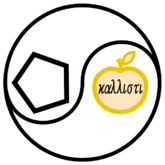 The Sacred Chao: Others have their Ying-Yang, or Good and Evil. Discordians believe it's really just Hodgepodge. Hodge is represented by the Eris Apple, Podge by the Pentagon

The basic tenets of Discordianism (somewhat oversimplified) are:

On May[note 4] 23 1989, Karl Koch's charcoal corpse was found in a burned-out car[note 5] in northern Germany. He was 23 years old. Authorities believe he committed suicide, since he suffered from paranoia and psychosis induced by his long drug addiction. Do you believe this? A partially fictionalized story was told in the German film 23: nothing is what it seems.