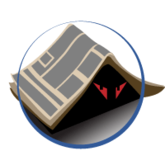 PropOrNot is a site providing lists of websites that purportedly spread and expose Russian propaganda, and is (according to The Daily Beast) a "sorry piece of trash".[2] Some justified, some not. It was also accused of McCarthyism.[3] 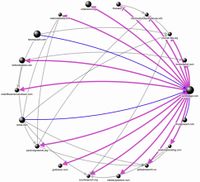 If it passes in all of the above, it is claimed to be safe to classify the site as Russian propaganda.

On November 30 2016, PropOrNot published a list of 202 websites that they classify as Russian propaganda based on "a combination of manual and automated analysis, including analysis of content, timing, technical indicators, and other reporting", which the anonymous group suggests are "consistently, uncritically, and one-sidedly echoing, repeating, being used by, and redirecting their audiences to Russian official and semi-official state media".

For the record, neither Jeffrey or I have ever appeared on RT or Sputnik, we've both turned down dozens of requests, in part because we are opposed to state-run media. In fact, both of us have been highly critical of Putin and Russia over the years and we don't plan on curbing our critiques anytime soon. Additionally, we have gladly published a variety of Russian writers, such as Boris Kagarlitsky, many of whom are harsh critics of the regime. Even so, we don't believe any American journalists who have appeared on these Russian-sponsored outlets should apologize for anything, and it certainly doesn’t mean those who have are Russian propagandists.

The site gained traction from an article in The Washington Post by Craig Timberg on November 24th, 2016, nearly a month after its inception.[7] The site was further endorsed by Business Insider,[8] The Wrap,[9] and the Associated Press.[10]

The Washington Post report was one of the most widely circulated political news articles on social media over the previous 48 hours, with dozens, perhaps hundreds, of U.S. journalists and pundits with large platforms hailing it as an earth-shattering exposé. It was the most-read piece on the entire Post website on the Friday after it was published.[11]

While the threat of Russian manipulation of information is certainly very real,[12][13][14][15][16][17] the fact that Russian trolls are being paid to spread misinformation,[18][19][20][21][22][23][24] hackers are being hired to push propaganda,[25][26][27] and many of the sites present on the list have been known to spread it, it seems that the PropOrNot team isn’t very good at actually identifying them. As BuzzFeed's Sheera Frenkel noted, "a lot of reporters passed on this story." Its flaws are self-evident.[28]

Editor’s Note: The Washington Post on Nov. 24 published a story on the work of four sets of researchers who have examined what they say are Russian propaganda efforts to undermine American democracy and interests. One of them was PropOrNot, a group that insists on public anonymity, which issued a report identifying more than 200 websites that, in its view, wittingly or unwittingly published or echoed Russian propaganda. A number of those sites have objected to being included on PropOrNot's list, and some of the sites, as well as others not on the list, have publicly challenged the group's methodology and conclusions. The Post, which did not name any of the sites, does not itself vouch for the validity of PropOrNot's findings regarding any individual media outlet, nor did the article purport to do so. Since publication of The Post's story, PropOrNot has removed some sites from its list.

MBFC has rated PropOrNot as a 'Conspiracy/Pseudoscience' source with strong conspiracy level and mixed factual reporting.[34] The following note is displayed on their page:

PropOrNot claims to be “a resource for people who want to understand Russian influence operations targeted at US audiences, distinguish between propaganda and commercial "clickbait", and help identify propaganda and push back. They have published a rather large list of media outlets that are either directly working for the Russian's[sic] or unknowingly spreading Russian propaganda. This source also does not give details about who they are as they fear retaliation from the Russians. Seriously, they said this. Some of the sources listed as Russian Propagandist are simply ridiculous as they have zero to do with politics. For now, we are placing this site on our conspiracy list as there is very little evidence to support their claims. If this changes we will move this site to a different category. (11/28/2017) Updated (D. Van Zandt 6/19/2017)

Hamilton 2.0 Dashboard, a successor to Hamilton 68,[35] is something like a resurrection of the resourcefulness of the PropOrNot. The Alliance for Securing Democracy, an initiative housed at The German Marshall Fund of the United States have been publishing since 2017, and have undoubtedly observed PropOrNot’s spectacular failure, while developing the “Hamilton 68 Dashboard".

According to The German Marshall Fund, the “dashboard” is designed to “shed light on Russian propaganda efforts on Twitter in near-real time.” The “Hamilton 68” website offers a dozen automatically-updated columns tracking “trending hashtags,” “trending topics,” “top domains,” “top URLs,” and so on.

“Our analysis is based on 600 Twitter accounts linked to Russian influence activities online,” Laura Rosenberger (a senior fellow at the alliance) and J.M. Berger (a non-resident fellow) wrote in a blog post on August 2.

The dashboard was endorsed by many other famous people on Twitter (but to a relatively less extent than PropOrNot).[36][37][38]

After the spectacular failure of the PropOrNot list, it seems self-evident that one might stay away from certain aspects of their methodology that led to their demise. Some of the more major ones include: