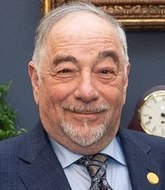 Not to be confused with Dan Savage, Adam Savage, or "Macho Man" Randy Savage

An ultra-radical conservative, Savage, along with such others as Rush Limbaugh and Ann Coulter, has been a contributor to the ongoing demonization of liberal people and viewpoints, helping to maintain the current level of mutual fear and loathing in American politics. He is rabidly xenophobic, misogynistic and homophobic, and hates potheads with a burning passion. He also disagrees with the Iraq War and apparently now disagrees with the Patriot Act (despite originally supporting it adamantly, even advocating imprisonment of those who filed lawsuits against its Constitutionality), which puts him greatly at odds with many of the more consistent people in the conservative movement.

Savage has been known to respond to criticism and calls for boycotts with legal threats.[2] In at least one case, these threats have been responded to successfully, and found to be without merit.[3] In short, he's everything you'd expect from a man who deliberately chose the name "Savage".

Contract not being renewed today, white genocide tomorrow! So… his contract wasn't renewed because the show is going a different direction, and this whiny bitch screams racism. And of course, a free marketeer feels that a commercial radio station should be forced to keep employing someone.[4]

The son of Russian Jewish immigrants, Savage grew up in the New York City boroughs of The Bronx and Queens (explaining his accent). In his book The Savage Nation, he described his upbringing as tough:

He earned a Ph.D. in nutritional ethnomedicine from the University of California, Berkeley.[6] Under his real name, Savage/Weiner was a herbalist before he was a conservative commentator.[7][8] During his herbalist phase, he endorsed homeopathy,[9] and immuno-therapy quackery.[10] Savage has repeatedly falsely claimed that his doctoral degree is in epidemiology.[11][12][13] It's an important distinction because the field of ethnomedicine is prone to crankery (like much of herbal medicine), whereas epidemiology is highly quantitative. Lying about one's expertise or degrees is a form of credentialism.

He is also rumored to be a massive closet case, having had a past history of skinny-dipping with certain homosexual 1960s poets (he was ejected from said company by virtue of being incredibly insecure and annoying).[14][15] He also once wrote a weird, semi-autobiographical stream-of-consciousness novel about a closeted, psychotic herbalist (which, you have to admit, are words you seldom see applied to the same person).[16]

As a white male Savage feels so entitled to everything that he tried and failed to apply for dean of UC Berkeley's graduate school of journalism (seriously) and after being rejected in favor of Orville Schell (someone with real journalistic credentials, and also a white man) he used that incident as the basis of his opposition towards affirmative action and even filed a frivolous discrimination lawsuit assisted by a David Horowitz-funded organization.[14] In 1991, Savage published a whiny screed, The Death of the White Male, based on his experience instead of doing what Herman Cain would've told him: "Blame yourself!"[17]

Savage began his radio career on San Francisco's KGO 810 in 1994 as a fill-in for liberal overnight host Ray Taliaferro. He began a daily radio show, The Savage Nation, on San Francisco's Hot Talk 560 KSFO in 1995 before going national in 1999. From 1999 to 2012 Talk Radio Network syndicated the show, before Savage left the company in September 2012 nearly two years after suing Talk Radio Network for what he called "illegal and unenforceable contract provisions" and "other strong-armed tactics."[18] The following month, Savage signed with Cumulus Media Networks. Savage's flagship station was KSFO from 1999 to 2003 and again from 2012 on. In the years between, his flagship was KNEW 910 (2003 to 2009), KTRB 860 (2010), and KSTE 650 (2010 to 2012). KSTE is a Sacramento station whose signal reaches the San Francisco Bay Area that served as his de facto flagship in the years when Savage had no proper Bay Area affiliate.

In 2002, WND Books, the book-publishing arm of WorldNetDaily, published a book of the same name.[19] In the first chapter, you can tell that you're in for a wild ride as Savage sews irrational, unfounded liberal-bashing with his life story.[20] Explaining the thesis of the book, he has said: "Only a more savage nation can survive… Not a more compassionate nation… We're not going to survive by being overly compassionate to our enemies."[5] However, Ben Fritz at Salon pointed out that Savage blatantly misrepresented the divorce rate between 1970 to 2003, confused global warming with ozone depletion (admittedly, Christopher Hitchens did this a bit too, but his biography didn't describe him as "an ardent conservationist", nor did he mock Al Gore), and took out of context a comment by Hillary Clinton about Ritalin.[21]

Savage's style and views are so outspoken, vitriolic, and hyper-masculine that even the conservative pundit Bernard Goldberg included Savage in 110 People Who Are Screwing Up America. Media Research Center founder Brent Bozell has called Savage "crazy right"[22] and has also said: "Michael Savage is to talk radio what Jerry Springer is to talk television."[15] Brent Baker of the Media Research Center also said: "From my listening to his radio show, he's less any kind of a genuine conservative and more of an actor playing out a liberal's caricature of how conservatives are hateful, mean, ill-informed, prejudiced and immature, a stereotype he regularly fulfills."[23] On his show he enjoys puffing himself up and making ad hominem attacks against those with whom he disagrees. Often, Savage shouts down liberal callers when he can't take the heat.[24][25] Contrast this style with how progressive host Thom Hartmann actually tries to have conversations with conservative callers.[26] Hartmann often debates conservative politicians and advocates on his program and welcomes callers with right-wing views. Savage, on the other hand, usually brings on only guests he agrees with, one exception being California Governor and former California Attorney General Jerry Brown, a Democrat.[27]

In an incident dating back to 2001, Savage and his more-than-somewhat creepy wife Janet were nearly arrested for assaulting local filmmakers following the San Francisco police and told the camera crew: "Leave the police alone, you a--. Let them do their f-- jobs. Who the hell are you? You're nobody. You're garbage. You're street s--… You're f-- vermin."[28] The savages Savages happened upon the cameramen recording the arrest of a homeless person for the TV show, and apparently assumed that they were "evil socialist/commie/nazi/Marxist bastards" trying to catch police brutality on camera. The duo tried blocking the camera while screaming obscenities and violent threats at the baffled cameramen, but their tirade was brought to an end after the officers stepped in and told them to take a hike. Savage proceeded to whine about this on his show later, claiming that he was a good guy whose intentions were just misunderstood.Do You Believe That?

Savage had a short lived show on MSNBC also titled The Savage Nation. In July 2003 he was fired for referring to one of his callers as a "sodomite" and saying he should "get AIDS and die.[29]

Since 2009, Savage has been among those banned from entering the United Kingdom by the British government (mostly due to the fact that his demonization of various ethnic, sexual, and religious groups could lead to violence).[30] After his ban took effect, Savage demanded that then-Secretary of State Hillary Clinton get the UK to rescind the ban for him.

In October 2020, Savage announced that his syndicated radio show will end in December 2020, citing "legal reasons." Since 2018, his radio show had been reduced to a single hour after Westwood One handed his programming slot to Ben Shapiro.[31][32]

Savage considers himself an "independent-minded individualist"[33] and has cited Barry Goldwater as an influence.[34] Savage also has praised libertarian Republican Ron Paul, a longtime member of Congress and perennial presidential candidate.[35] However, Savage often changes his opinions and previously claimed Paul was an unelectable kook.[36]

His political philosophy centers around "borders, language, and culture", specifically these positions:

In December 2011, Savage offered Newt Gingrich one million dollars to drop out of the 2012 Republican primaries based on his opinion that only Mitt Romney would be able to defeat President Barack Obama in the general election.[39] Gingrich stayed in the race until May 2, 2012 after having won two states: Georgia, which was his home state, and therefore not very impressive, and South Carolina, which was initially promising because since 1980, every Republican primary candidate to win South Carolina had then gone on to win the party nomination that year.

In The Political Zoo, Savage compared several figures to animals. More details will follow, but the highlights:

Savage's books Trickle Up Poverty (2010) and Trickle Down Tyranny (2012) are attacks on Barack Obama with relatively few facts and loads of opinions and conspiracy theories, as is Scorched Earth: Restoring the Country After Obama (2016).

Savage can be credited to introducing certain terms that conservatives use in comments sections/forums to deride the left.

Savage has also advocated for animal rights.[68] As Michael Weiner, he also wrote several books with an environmental theme.