Steve "The Junkman" Milloy is a commentator for Faux News and the founder of junkscience.com, which fails desperately at thought-out explanations on science. He has also been a "scholar" at the Cato Institute and is currently an adjunct at the Competitive Enterprise Institute. He has close ties to tobacco and oil companies, which is no surprise—Milloy consistently denies the risk of second-hand smoke and human ties to global warming. He holds a "B.A. in Natural Sciences from the Johns Hopkins University, a Master of Health Sciences in Biostatistics from the Johns Hopkins University School of Hygiene and Public Health, a Juris Doctorate from the University of Baltimore, and a Master of Laws from the Georgetown University Law Center." Or so he says.[1] 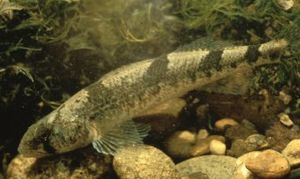 In Junk Science Judo, Milloy criticizes the health scares surrounding cell phone radiation, pointing out that the majority of the evidence suggests no link between cell phones and cancer. However, lest we forget why it's called stopped clock in the first place, Milloy also dismisses legitimate issues, like second-hand smoke and dioxin.[15] Moreover, some people, like Robert L. Park, argue Milloy is really pushing an agenda rather than actually presenting a scientific case i.e. his book is itself an example of junk science.[16]