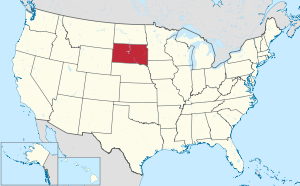 Yet another rectangular state in the middle of America.

If it weren't for Mount Rushmore, South Dakota would have a blank quarter like North Dakota.

South Dakota is yet another rectangular state in the United States, carved out of the badlands of the Midwest.

It is one of those not-quite-midwestern, not-quite-western states that splits the difference between each. Eastern South Dakota is an appendage of Minnesota and Iowa: flat, boring, and full of corn and wheat fields, Lutherans, and people of Scandinavian descent. Western South Dakota has badlands, bikers, ponderosa pine, bison, coyotes, roadrunners, real and wannabe cowboys, free ice water, and dead presidents carved on a hillside, and is essentially an appendage of Wyoming.

South Dakota has more prairie dogs than people, except in Sturgis, which has a lot more Harley-Davidsons than cars.

Some notable SoDakians are George McGovern

(Senator 1963-1981), who became notorious in 1972 for getting totally trounced in the presidential election - winning only D.C. and Massachusetts; and Tom Daschle

Yes, these people are serious.[note 1] 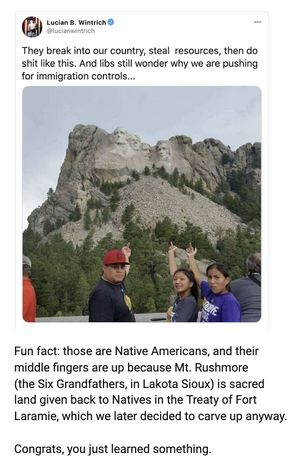