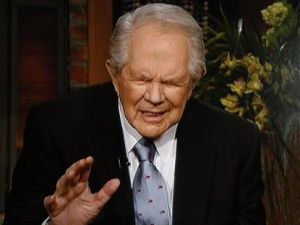 We got to pray!

Jesus, St. Paul, and others told us that we should love our enemies, pray for those who persecute us, be forgiving, etc. Indeed, some great people were once real bad asses before becoming Born again Christians—like St. Paul himself. This is especially important as because the unsaved are destined to eternal Hellfire, perhaps the greatest act of love would be to pray for their salvation. Who knows, in a 100 or so years Assad and Joseph Kony might be canonized. So with that in mind, some RationalWikians might contribute to a list of people for born-again Christians (and maybe others) to pray for—particularly those who have committed what many people—theist and atheist alike—would consider great evil.

to bless and make new[edit]

to bless them, and if they are in a state of grace, to kept them in such[edit]

dead people for Mormons to baptize[edit]

Note: If the official (i.e. big) church has done these, some of the cults, like the FLDS, might do so.