From RationalWiki
(Redirected from Islamofascism)
Jump to navigation Jump to search

A Taliban enforcer beats a woman for removing her burqa in public. 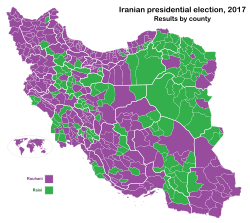 "Theodemocracy" is an idea put forward by Joseph Smith for his planned Mormon paradise.[5] In a theodemocracy, people supposedly have many of the traditional rights of liberal democracy within the framework of rule by a single god (or religion).

So, in reality, Iran is what you'd expect theocracy to be like — it's not pretty. "Theodemocracy" is a bit like the Trojan Horse or a wall crack hidden by a picture frame. It might look good on the surface (to some, anyway), but the gift is an ambush and that crack is still there. 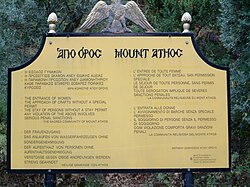 Unfortunately, there are fewer than one would think, with Wikipedia's list

actually larger than the one on TV Tropes.[21] If books are your thing, Margaret Atwood didn't write The Handmaid's Tale for nothing.[note 1] In video games, check out the Covenant in Halo,[note 2] the anti-papal goodness of Final Fantasy X,[note 3] Father Comstock's Columbia in BioShock Infinite,

[note 4] the Holy Sacred Empire of Abel in Anima: Beyond Fantasy,[note 5] Eden's Gate in Far Cry 5, and the Imperium of Man in Warhammer 40K.[note 6] The series His Dark Materials acts in part as a critique of theocracy.

For example, in the neocons' view, all Islamofascists are supposed to be working together in a grand conspiracy against the US. Any conservative Muslim, or even anyone who is not a sufficiently enthusiastic war hawk, is said to support "Islamofascism."

To say that this ignorance has been counter-productive for progress in the region is an understatement.[22]

The concept's relations to Islam and fascism are both tenuous since Islam and fascism historically had little to do with each other (Amin al-Husseini notwithstanding[23]); however, the more extreme strains of Islamism can be seen as analogous to the form of authoritarian conservatism sometimes known as "clerical Fascism" — a variant of theocracy. Some states that might fit this pattern in the Middle East and North Africa are/were also receiving large sums of money in the form of foreign aid from the United States.[note 7]

Some Arab nationalist regimes did, in fact, draw inspiration both from Soviet communism and fascism, the most notable among which were the Syrian/Iraqi Ba'athist regimes as well as Gamal Abdel Nasser's Egypt, though, in terms of economics, Ba'athism and Nasserism had far more in common with the state socialism of the Eastern Bloc than with the corporatism of Mussolini's Italy or Hitler's Third Reich. The Ba'athist and Nasserist regimes were largely secular and were actually opposed by most Islamic extremists for being too "moderate" on religion. Only in later years did regimes like Saddam Hussein's Iraq embrace Islam more openly, with Saddam first styling himself as the Sunni champion against the Shi'ite Iranian ayatollahs during the grueling 8-year Iran-Iraq War and then putting the takbīr

To wit, Christopher Hitchens once said you can substitute "Catholic right wing" for fascism in the history of Europe, and not much would change.[24]