While "sex" typically describes chromosomes, genitalia, and other biological markers of biological sex, "gender" denotes the non-biological aspects, such as cultural and religious attitudes and self-identity. Like many things in life, gender ain't so black and white, and the matter is much more complicated than it appears.

Many of the webshites in this collection espouse transphobia, a broad term describing bigotry against transgender people, while a couple support some of the nastier forms of radical feminism. Several of them promote the crossover of the two, trans-exclusionary radical feminism. 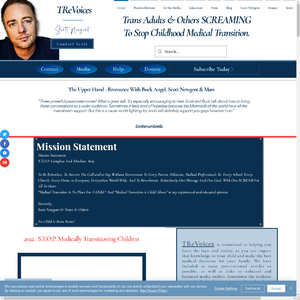