Hey goobers, it's my talk page!

Just so's you all know, I have a distinct preference for continuing conversations on the talk page they start on. Otherwise my aging brain hurts! (ie, no table tennis conversations, please.

Hehe, that non sequitur was classic Andy-debate. What does a history test have to do with a closely confined military vessel that spends months at a time underwater? Actually he's right, mixed gender submarine sandwiches would be a good idea! ħuman

Hehe, I think I suggested that to Trent once... How about one called "good articles"? ħuman

Why not spell it wrong as well as cap it incorrectly? "Actirles Good" ought to allow for 3 or 4 rounds of edits. And should be fully complemented by "Actirles Bad" and "Actirles So-So"! ħuman

Did I miss something?

"Nothing to see here, please move along people, stay on your side of the tapes. Nothing happened, no need to worry." ħuman

No horrible gas leak then? Or dirty bomb explosions? How utterly boring.

I for one must have missed the point when taking disciplinary measures against someone whom you yourself has just been in a conflict with came to be considered a good idea. --AKjeldsenCum dissensie 09:13, 20 October 2008 (EDT)

Oops, I missed that comment... want me to undo the change? (Was it disciplinary?) ħuman

"Oops" does not excuse such an action. It has already been undone, and Pink has already permanently left.

RA, calm down for a bit and let's try to discuss this.
Human, it would be great if you could briefly comment on A) whether or not you think that it is a good idea to take an action that could at least be interpreted as disciplinary against a person that you are involved in a personal conflict with (regardless of the circumstances of that conflict); B) that although no one seems to really have noticed, there is actually a bit of a crisis going on, with at least one editor having left and several others reviewing their commitment to the wiki; and C) what can be done to avoid such incidents in the future. Cheers. --AKjeldsenCum dissensie 11:18, 28 October 2008 (EDT)

(A) Of course it was not a "good idea", as you say, regardless of context, any such issues should be resolved in "public" with the mediary assistance of the cooler-headed. A lot of what seemed to follow happened almost completely "under the radar" as far as I could tell (some "decrattring/cratting" wars, Pink and Susan leaving and never coming back, etc.). (B) I'm not sure how we define "crisis". Susan is, of course, missed, but the only "evidence" tying her absence (that I have seen) to this brouhaha is a copy of a pmail posted on another website. (C) I have no idea, really. One minor suggestion I have is that when you added your comment of 10/20 above I missed it, probably due to other edits to this talk page before I next checked it. Perhaps you or someone equally concerned and aware of what was transpiring could have sent an intercom message inviting the parties involved to meet at some neutral arbitration page to get cooled down or scolded, or at least to localize the furore to a harmless location? ħuman

If you don't mind me butting in, I'd like to say that I support the idea of setting up a page to handle these conflicts.

I don't think it's butting in to comment on a thread you started ;) Anyway, "a page" for such probably exists (admin abuse, or some such), and also, at any time, a page specific to a given conflict can simply be created. One thing I thought was rather strange in retrospect (which is how I learned about most of the ramifications of this particular conflict) was that nobody did. Hence the six and ahalf day gap above between AK's first comment and my next response. ħuman

I have just sent you an very important e-mail.[edit]

Hehe, I got it, sent quick reply. Will do more in a bit after gluing some PVC together... ħuman

Yeah... though apparently you are more likely to be asleep by 8 AM (EST) ;) The little peaks, however, are truly creepy. ħuman

I don't see much creepy, really, other that the stalker-esque nature of these graphs. I still think they are funny, but, still... anyway, look at who I correlate with on CP - Hoji, one of us, original cabalist; Bohdan (by whatever name), Danish house wandal... OK, and some other dumbass on my sleep schedule? ħuman

Indeed, I had conservative in mind. Re stalker-esque: that's why I generally don't try to make connection between different sites. I hope, I don't cross any lines here... --LArron 02:27, 22 October 2008 (EDT)

Hehe, I know. Trouble is, in this case you put the conclusion before the data-gathering, I think. You looked for people with a similar editing schedule, then said "aha! one is a cretin!" - there was almost bound to be a hit. No big deal, of course, it's still funny. Oh, and the "stalkeresque" thing I brought up only really refers to the "exposure" of what amounts to editors' lifestyles/schedules kind of thing. But the data is all public, you are just presenting it in an easy-to-digest form. So no big deal there, either. ħuman

His followers just might have asked themselves if all the money they devotedly gave the church was spent in worthwhile ways. Why did you take this out of the Ted Haggard article? Proxima Centauri 07:16, 21 October 2008 (EDT)

Because it is total supposition, with no factual back-up. It's just a guess, without knowing anything about the finances of said church. Likely, he was paid a salary, and how he spent it, was, well, personal. You often add these "vague accusations" couched in lazy language and the "some say" sort of Fox News style, and I don't like it. It's cheap, unsupported, and poor "reporting" or writing. There's a word I am trying to remember that applies to this sort of accusation/claim... sorry I don't remember it right now. ħuman

Yeah, I think that was probably it. ħuman

Regarding this section I was trying to be careful about exposing some great parody, but you do understand my point right? SirChuckBObama/Biden? 2012 13:47, 21 October 2008 (EDT)

You're quite welcome. Thanks for shaking the tree. And switching to the "insta-archive" templating version. In other news, I have central heating again as of about 9 PM last night... Woohoo! ħuman

Oh, writer of Tom Waits, an IP just shamed you for writing so inadequately on him. What do you have to say for yourself?

That's what wikis are for? ħuman

Things are not always as we think they are. Or as they should be?[edit] 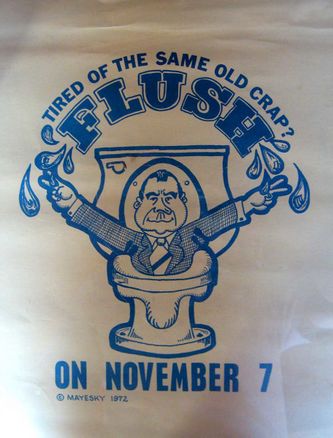 Nice! Do you want to delete the older version and replace it with this one? ħuman

Go for it. I kinna like the drum under it, but then that's how it is in my house, I can look at it any time I please, so you change it and I'll go to bed. life is good. eeeeeek

I just swapped the image in the article for the new one. Let's keep both. ħuman