"British" is a pretty embarrassing word. The English can't tell the difference between the English and the British really, and the Scots, Welsh and Northern Irish are often at pains to point up the difference in identity. A considerable number of people in Northern Ireland are embarrassed to be called British, and will bomb to prove the point. A lesser number of Scots and Welsh are pretty embarrassed by it too. What the people who live on the Isle of Man and the Channel Islands believe is only to be guessed at since no one ever asks them. The English who tend to be a bit embarrassed by the term 'British' are the far right and Billy Bragg. For what it is worth the people of Gibraltar are delighted to be British. The quaint constitutional set up, rigid if eroding class system, regular media scares and weird attitude towards Continental Europe also mean that many other people are embarrassed by them too.

The UK is the home of many eccentrics. Perhaps that explains the unusual number of eccentrics populating its former white colonies. Could be something genetic that made its way north from Iberia 6000 years ago when the founding population of the British Isles was established.

British politics are markedly different from those in the USA, mostly because the Americans won their independence too soon. Five decades later and they would have inherited a parliamentary system like Canada, Australia and New Zealand. Conservatives in the UK are often to the left of the American Democrats, but support universal health care, and yet at the same time, they support the monarchy, which American "conservatives" were not conservative enough to keep. British Liberals, on the other hand, tend to verge on the centre and on the right.

Wake up Maggie, I've something to say to you. 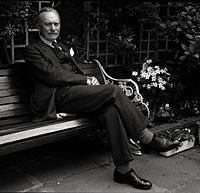 The patron saint of British xenophobia

Because they live on islands, British generally are suspicious of foreigners, especially continentals. The English hate the Celtic Fringe, and the Celtic Fringe tends to hate them back. They were for a period masters of the world, but are no longer, despite what some people think. 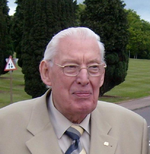 Ian Paisley on a good day.

Foreigners should not mistake the Church of England for a religious organisation. Many of its leaders don't appear to be very religious in the slightest. Some don't even believe in God.

Lest ye think all religious types in the UK are Christians, there hath also been a strong Muslim input of late.

Former figurehead of the Green movement, and famous footballer.

Brits have a great history of tolerance of eccentricity, which is indeed to their credit. However, sometimes, this goes a little too far, and is "just not cricket". 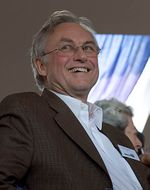 I am brighter than the lot of you suckers! (A shining example of what English public schools can do to you.)

Only in England and Wales is the word "public school" used to refer to an expensive private school. The term has some currency in Scotland and Northern Ireland, but the usage there isn't traditional. Public schoolboys tend to be noted for their excessive self-confidence, verging on a messiah complex, or arrogance. They're always right, and tend to look down on lesser human beings.

The schools themselves were once notorious for caning, spanking, buggery, weird rituals, fagging and high schoolfees.

Worst of all, these people are getting back into power.[6]

The female equivalents are slightly different but include the following:

The sheer number of privately educated people in British politics, media, science and law suggests that they are a highly talented group of individuals. Either that or nepotism and snobbery are alive and well in British society and money talks.

See also the section on aristos, royals and other abusers of the righteous poor.

Pretty much all of them are a bit off the scale, comes with the inbreeding. Some of them do try though.