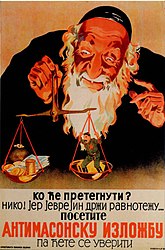 The Evil Jew is a racist stereotype that paints Jews as being a racial hivemind, greedily controlling the world's capital and politics, and having sneaky secret agendas. As a result of this mindset, Jews are commonly blamed for various financial crises, terrorist events (e.g. 9/11), the creation of communism, "poisoning the youth", pushing for some New World Order, making children gay or transgender, and/or genocide. The Evil Jew stereotype is a frequent element of conspiracy theories (especially the International Jewish Conspiracy theory), and was a central factor in the Holocaust, the industrialized mass murder of 6 million Jews by Nazi Germany.

Common to all Evil Jew caricatures is the idea that all Jews act in unison – i.e., they are in a perfect race-based conspiracy and that they are an organized group of people with the same goals and interests in mind. This claim is frankly ridiculous, for multiple reasons. First, it should be obvious that the Jews themselves spread thinly throughout the world – making communication, especially secret communication, very difficult. Second, it should be clear that Jews have not been in positions of power for the vast majority of their history – having long been pushed to the fringes of Muslim and Christian society during the Middle Ages of Europe, it wasn't until the 20th century that Jews started to gain political positions. Third, it should be apparent that Jews are not politically unanimous. For proof, one need only look to the voting patterns of American Jews, who consistently vote Democratic (and thus against unconditional support of Israel in the Middle East). If Jews were of a single racial mind, then surely they would all work towards their common interests – yet they do not. And fourth, Jews are individuals just like everybody. They practice different forms of Judaism, they have different beliefs, agendas, opinions, political affiliations, backgrounds, and occupations. Even when Jews are in the media or in banking, more often than not, they do not frequently overlap with each other or work together as they have separate, unrelated goals. 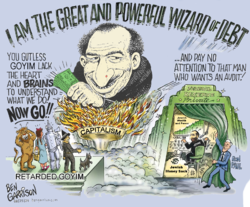 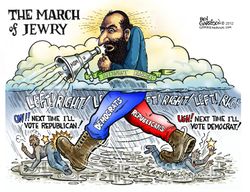 Another modified Ben Garrison cartoon.[3] (In the original, it's just standard Illuminati conspiracymongering, not anti-Jew fearmongering.)

Many of the modern conspiracy theories revolve around or involve the Rothschild family, probably the most powerful banking family in the world[note 3], which began its ascendancy in the late 18th century. Oddly, part of the success of the Rothschild banking activity is that Meyer Rothschild operated on the principle of never lending to anyone to finance a business opportunity unless the opportunity was good for the borrower. A borrower who makes more off his business than his payments of interest and principal to a lender has little worthy of complaint about being in hock to the lender, which is more than one can say of dealings with loan sharks, who are contemptible whatever their ethnicity.

Use of the terms "bank$tah" and "debt slavery" are usually a sign that you have reached the more unseemly and conspiratorial area of the internet. These areas should be avoided, as the information they display can confuse the average mind (however, if a user is sensible and intelligent, there is no harm in viewing these places recreationally). 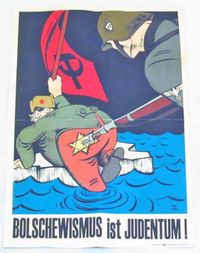