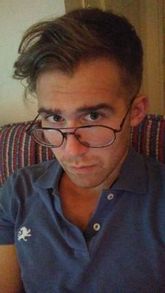 Smoloko.com[note 1] was a far-right/neo-Nazi/neo-fascist/white nationalist/white supremacist/anti-Semitic propaganda website and "news" organization founded and run by Youngstown, Ohio native Scottie Spencer.[2] The website was slightly similar to the design of David J. Stewart's Jesus Is Savior; however, this site's top priority was focused on promoting anti-Semitism. Smoloko also promoted hatred for Muslims, LGBTQ, feminists, Catholics and pretty much anyone else who is not a straight WASP male. It was so through the roof and over the top with every negative Jewish cliché and stereotype thrown in that it made the Traditionalist Workers Party and the Ku Klux Klan look rational in comparison. Basically, the content of the articles almost reads as if it were a parody of anti-Semitic websites. In late 2018, the website went offline, likely due to the Pittsburgh synagogue shooting.

Smoloko was briefly relaunched in 2020 as Neon Crusader. It was just as bad and ugly as before.[3][4]

Much of Spencer's antisemitism is taken from The Protocols of the Elders of Zion (a discredited document and forgery alleging a Jewish plot) as well as the Dearborn Independent's The International Jew. Spencer's antisemitism is influenced in no small part by Henry Makow (Makow himself said that Spencer credits him for "his awakening"). According to Makow, Spencer had a slow descent into Jew-bashing in 2008 when his mother and father divorced. He also supports Kevin MacDonald, David Duke, Brother Nathanael Kapner, and E. Michael Jones as influences and with unabashed irony claims Jews are "the most racist people in the world".[6][better source needed] He is a sympathizer of Adolf Hitler and agrees that the genocide against Jews was the right decision[7] (though ironically his website happens to support Holocaust denial[8][9]). Islamophobia and anti-Catholicism are also found on his website. According to the site, Muslims are allies with Jews[10] (somebody tell Israel!) and Spencer fears for "Islamization", which is also Jewish for him. He believes that Pope Francis is "a Jewish puppet" and claims that he could be the Antichrist.[11]

Smoloko's sources, in particular, come from either questionable anti-Semitic websites such as Real Jew News or The Daily Stormer, conspiracy theory websites such as HenryMakow.com, or in some cases legitimate news sources such as The Guardian; they even thought a report by the (intentionally) satirical World Net Daily Report on drug trafficking was legitimate news.[12] In the case of the former two, it is basically them just recycling what's been said already to put a negative spin on Jews and giving lip service to white supremacy and white nationalism, and for the latter, it is basically copypasting and manipulating already established facts by the "mainstream media". The website also deliberately misinterprets quotes from Jewish people or manipulates their quotes by ignoring the other context and not caring about the works they cite to support a straw man argument. The website's articles also tend to contain a lot of confirmation bias when quoting Jews or other figures that the website supports. Any negative quote about Jewish people is presented as if it's factual. The website's articles inevitably culminate in a variation on the refrain of "Jews Did It!".

Moreover, his entire website is a series of disturbing (yet lazy) photoshopped pictures and paranoid schizophrenic "The Jews are evil and are plotting to take over the world with the help of the Antichrist, the Illuminati, and the Zionist government!" rants, which all boil down to the following:

The site promotes other conspiracy theories, as well as several typical Christian fundamentalist ideologies such as anti-Catholicism (at least by their hatred of Pope Francis), anti-feminism and homophobia.[13] It also just so happens to support Russian president Vladimir Putin.[14] The website also pushes 9/11 conspiracy theories alleging that Israel was responsible.[15] The website thinks that ISIS is an Israeli-backed terrorist organization (even though it was an Iranian propaganda story that was debunked by Politifact).[16] The website thinks the death of George S. Patton was caused by the JOOZ.[17]

The website also believes that Brittany Murphy was killed by the "Jewish-controlled" Department of Homeland Security.[18] Another thing the site supports is global warming denialism, applauding the Trump administration for taking down pages related to the subject.[19] The website also believes that Freemasonry and Jewry are part of a worldwide conspiracy.[20] The website claims that the JOOZ! and Freemasons were responsible for bringing slavery to America (citing The Secret Relationship Between Blacks and Jews by the Nation of Islam as so-called evidence which has been debunked by legitimate historians and scholars), the Rothschilds caused the Civil War so the country can be split up and conquered by Britain. Unlike many far-right websites that are Neo-Confederate in nature the website has a pro-Union stance on the Civil War and supports Abraham Lincoln concluding (illogically) that Judah Philip Benjamin and John Wilkes Booth were Freemasons, and the entire American Jew population voted to secede from the Union and join the Confederacy.[21] In a rather strange case, the website supports the Communist regime of Kim Jong-un and North Korea,[22] and believes that Ebola is fake and is used as a ploy for the bankers/Illuminati/West to occupy West Africa[citation needed] as well as claiming that it is the bankers' plan for population reduction.[citation needed] Of course given how Nazi apologetic Smoloko is they support the likes of British Union of Fascists leader Oswald Mosley, Italian dictator Benito Mussolini, Romanian Legionnaire Corneliu Zelea Codreanu and neo-Nazi Dr. William Luther Pierce. The website also promotes scientific racism (in an article called "Thank White People For") and its definition of white supremacy (to quote Alicia Frischmann) is "simply the recognition of the SCIENCE of race, that the ethno-Europeans are superior in different aspects. The physical aspects, beautiful and fit bodies, and attractiveness. But this remains a superficial interpretation of White Supremacy. The main supremacy is intellectual. In fact hundreds of scientific studies and papers prove that Whites, or ethno-Europeans especially the Nordics have a higher average of IQ".[23] Sigh, if only such higher IQ could have been visited upon the contributors to the site.

The site often contradicts itself. While all members are crackpots, some of their opinions largely differ. For example, Alicia Frischmann (also known as Alice Fluegel on her GAB account) does not hesitate to call herself a Nazi[24] and Glory B. compares Hitler to Jesus[25], while Henry Makow would actively denounce Nazism, comparing it to Zionism[26][note 2]. While most members promote Holocaust denial[27], Makow insists that Zionists "SACRIFICED" Jews "IN THE HOLOCAUST SO THEY WOULD BUILD ISRAEL."[28] Some members are highly Islamophobic, believing in a Jewish plan to Islamize Europe[29][30] while others oppose Islamophobia, even claiming that there is no such thing as Islamic extremism threatening Israel and the West.[31][32]

Good job for reporting the truth.

Examples of their racist brain-dead crackpottery[edit] 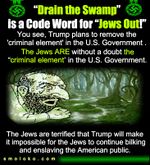 One of the many embarrassingly nonsensical memes posted on the webshite.

The site's founder has written articles that:

To give you an idea on how insanely brain-dead Smoloko is, look no further than to Alicia Frischmann and Glory B.. Basically, they are even more insane than Scottie Spencer and it might be an understatement to call them crackpots. Here are some examples of articles that show their anti-Semitic crackpottery:

After his inauguration, Smoloko News welcomed Donald Trump for a while with the following articles:

Although the website was originally fully supportive of Trump's presidency, that changed when he decided to order the strike against Syria. Then, after Trump prayed at the Western Wall

While the Alt Right[sic] clowns (including ourselves, smoloko) were proclaiming Trump as their God Emperor during the elections, I was warning that he would be the most pro-Zionist president in US history, which is saying quite a lot. Although he loudly proclaimed his love for the jewish[sic] people and the jewish[sic] state during the elections, which his mesmerized supporters ignored, he has really shown his true colors since being inaugurated.

However, nothing says “I’m Israel’s little bitch” more than putting on a yarmulke and praying at the Western Wall, also known as the Wailing Wall.

See the main article on this topic: Pizzagate

What do you know? Smoloko supports Pizzagate in the article DHS INSIDER: CIA AND MOSSAD BEHIND DC PEDO RING.[50] In 2014, Smoloko also had an article supporting Cathy O'Brien's

false claim she was raped by Hillary Clinton.[51]

In 2016, Scottie Spence was arrested for vandalism. He wrote anti-Semitic and neo-Nazi phrases in chalk at Youngstown, Ohio as well as "ethnic intimidation". Scottie was released after having received a fine and a probation but not before writing an article trying to defend himself for the crime he just committed, arguing that it's "free speech".[52] 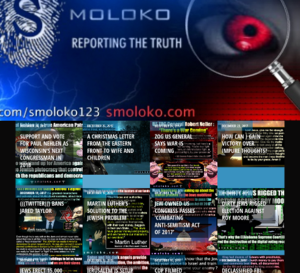 Smoloko News attacked Zeus Harvey Weinstein for having sexually assaulted many women, in a stopped clock moment because he is one of da JOOZ™! They're not fond of Fox News nor Ann Coulter.[61][62][63] As said above, they do not like Trump anymore (for "anti-Zionist" reasons, but still), are critical of Saudi Arabia,[64][65][66][67] and are not fond of Ayn Rand.[68]