Upon entering into a dispute involving other administrators, Phantom Hoover removed my rights and subsequently blocked me to prevent me from restoring an active thread. — Sincerely, Neveruse / Talk / Block 18:30, 3 June 2010 (UTC)

I think I restored them, although Goonie was dubious about the timing.

Time served. Oh, and we have call PH a poopy pants for one week. And NU a whiny piglet for the same time. Also, everyone who reads this has to read about cable-stayed bridges for one hour. ħuman

Can't we all just get along?[edit]

Crundy is continuously ignoring warnings such as this. I don't understand why. The crux is that when you vandal bin one of my IPs I do not suffer at all in anyway as I use a dynamic IP router. However, my IPs are shared, and so someone else will indeed suffer as a consequence. If you feel it necessary to show off your internet penis, ban me, but don't bin me, as it will only punish someone innocent. Thank you. 86.40.195.153 (talk) 17:48, 11 June 2010 (UTC)

Yes he did, actually, since he reverted perfectly fair edits advising him about the stupidity of his present course. So he did abuse his powers. But I suppose this will not be investigated because your little elite will stick together against anything, no matter how righteous or honourable the cause. 86.40.101.0 (talk) 23:50, 11 June 2010 (UTC)

It was actually a very very minor thing I point out. as you can see, I can get past your blocks and bins with such obvious ease. However, while blocks do nothing other than give you a bigger erection, binning has a permanant effect on innocent users and is thus counter-productive. All I did was point that out to him. The irony is that if he behaved like a grown up should, none of this distasteful incident would have been necessary. 86.40.104.225 (talk) 00:02, 12 June 2010 (UTC)

Cable-stayed bridges, and their advantages over conventional suspension bridges, will now be required homework. ħuman 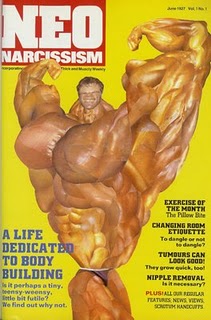 Worse yet, I vote we demote Crundy to the lowest position obtainable on this WIki: bureaucrat! Conservative Punk (talk) 21:57, 3 June 2010 (UTC)

That is one handsome man-feller..... oh I forget what I was gonna say... ħuman

Repeatedly deleting my comments [1] [2] and changing the size of my text, even though I have repeatedly expressed my dissatisfaction. [3]

I've not really been following this but, based on the links given by EL, he would seem to have a case. A justification by DJ would be interesting.--BobSpring is sprung! 20:27, 5 June 2010 (UTC)

Who exactly is a "member of community" and how can one show his "desire" to become one is hazy and even at its best very subjective. RW welcomes those who disagree and constructive dialogue means 1. discussing a particular article's content on its talk page 2. Starting a debate in the debate namespace 3. Writing an essay explaining your perspective. This is pretty much what I have done. There is not a word saying that I am forbid to talk only about abortion. --Earthland (talk) 15:31, 6 June 2010 (UTC)

I'm with Bob here. Deleting or shrinking comments is something that requires careful consideration. Aside from the borderline obsessive single-issue stuff, is there a good reason for this? ConcernedResident omg ponies!!! 15:49, 6 June 2010 (UTC)
Hypothetically you could behave as something other than a droning single-issue advocate. However, the observed evidence does not show this - David Gerard (talk) 15:59, 6 June 2010 (UTC)

Would it help if tomorrow I review Earthland's history? Personally I blank out most of his stuff, given that I have no strong feelings on abortion. My understanding was that he's pushing a point, but mainly within the confines of related articles. I'm aware that David is the focus here, but our POV is clear. We are not neutral. ConcernedResident omg ponies!!! 16:33, 6 June 2010 (UTC)

He started taking it to talk pages, I removed it from mine. This is after he insisted stuff could be removed from his; that's what I mean about him seeing claimed community rules as for the exploitation, rather than anything he actually gives a hoot about - David Gerard (talk) 16:43, 6 June 2010 (UTC)

He archived it from his talk page, not removed it. And this practice of immediately archiving talk page comments by someone you don't like was not started by Earthland. -- Nx / talk 16:58, 6 June 2010 (UTC)

That's why we need to check this. A few people here have the balls to take action, and it's worth the time to understand what they did and why? However, we should guard against being arbitray. ConcernedResident omg ponies!!! 17:11, 6 June 2010 (UTC)

I hereby plead guilty to the crime of not archiving a copy of spammer or troll posts. I also suggest this is prima facie evidence that the claimed rule in question is so blitheringly stupid it behooves anyone with the thinking powers Dawkins granted a liberal to ignore it utterly - David Gerard (talk) 17:24, 6 June 2010 (UTC)

Jesus, that history is not an interesting read. I don't see any clear-cut way to say that someone is to blame here. At least three to four people have been busy reverting talk page edits or archiving them as a way to work around the rule that talk page stuff shouldn't be deleted. I suggest a trial separation, if only for the sake of the children. Seriously though, can't everyone involved here just avoid the talk pages of certain users? Might also be worth EL trying to avoid topics related to abortion. It's just bloody pointless to keep going around in circles and it's obviously annoying people. That doesn't mean that he's wrong - more that there seems to be a general consensus that's not likely to be shifted through his arguments. Whether he's a troll or not I don't know, but there's certainly an obsessive nature that's leading people to do pretty much anything to stop the noise. ConcernedResident omg ponies!!! 10:57, 7 June 2010 (UTC)

No one is guilty of any crime. ħuman

All of Earthland's comments on talk pages that are not welcome may be triple-smalled. So may any of yours. Oops, did you read this? Then this applies to you as well. ħuman

The Lanced Jellies has judged that removing or reducing offensive comments on a user's talk page is allowed. ħuman