I am being targeted for assassination[edit]

Rationalwiki currently holds the No. 1 spot on Google for Clinton body count. Russian bots are said to be behind making it trend. Rationalwiki outs and doxxes me as a proponent, along with Danny Casolaro

(d. 1991, suicide) and Victor Thorn (d. 2016, suicide), I ask in the name of common decency, and as a living person with no intention of committing suicide, to please remove my name from the article.

Rob, you've willingly put your real name out in the internet for years now. It's not doxxing, and I doubt your insignificant ass is actually in any real danger. Request denied.☭Comrade GC☭Ministry of Praise 02:32, 14 August 2019 (UTC)

Where's your common decency? Where's you common humanity? No where in my article do I lay responsibility for any deaths to the Clinton's, which is what the RW says. I speak of the historic phenomena, as the RW does, and coincidences and unsolved mysteries. (One section in the Intro was modified by another editor, but it likewise does not specifically point a finger). The RW article over-hypes the character of my involvement (along with other falsehoods in my RW bio page related to birtherism and Qanon). I'm being targeted with falsehoods. I'm trying to spare other RW users from having a guilty conscience brought about by a malicious intent. nobsDie fascists! Make America Great! 03:35, 14 August 2019 (UTC)

For the record, when did I ever state that I personally had decency or empathy? Further, you've spouted so much bullshit and so many lies in this year alone, so why should I take you seriously now? Request denied. ☭Comrade GC☭Ministry of Praise 03:41, 14 August 2019 (UTC)

My article, like RW's, is purely of historic interest. Unlike RW's mine takes a neutral stance. And please, don't make me say that at least uyou admit you have no conscience. If I'm a liar, at least I feel guilty about it. I pray no harm comes to the Clintons. But with all the anti-Russian crazies out there, you should at least come up with some evidence that the Russians are responsible for the Clinton body count trending before you endanger lives and safety. As I said, I'm not here to trade barbs with you. I wish I could lie with no conscience. So I appeal to your sense of truth and decency. nobsDie fascists! Make America Great! 03:52, 14 August 2019 (UTC)

I never said I lack a conscious either. Meanwhile in reality... We call this nonsense what it is. Bullshit. You haven't been doxxed, you spout insane nonsense every time you speak, and no one cares at this point. Request denied. ☭Comrade GC☭Ministry of Praise 04:26, 14 August 2019 (UTC)

Wait Rob, are you saying you don't want people to read all your magnum opus on Conservapedia? Given your well referenced articles I would have thought you'd want more people to set free with the truth. Acei9 05:45, 14 August 2019 (UTC)

They should read it, but RW shouldn't stir up hatred among Russian xenophobes and leftwing "patriots" who want to defend American democracy from Russbots as I'm alleged to be. And GrammarCommie accuses me of nonsense, but look at those two giant piles of crap you got posted on this site, Mueller Investigation and Trump-Russia connection. The people who shit out these two giant turds don't even have the courtesy to wipe their asses, making whole place stink. <coff coff> My God, use some air freshner in here. nobsDie fascists! Make America Great! 06:42, 14 August 2019 (UTC)

What did you do when actual doxing was done by TK? You sucked TK's dick like the rest of them. I know you aren't really concerned about doxing - you're just trolling but fuck you is the only cogent response to you. Acei9 07:44, 14 August 2019 (UTC)

You're just fanning the flame of dark psychic forces overtaking this country. If you think Trump tweets cause violence, here's your chance to stand up against senseless violence. I'm not complaining about the Russian hate in those two articles, I'm complaining about it being directed at me. You guys know I'm no Russian bot, yet you allow this anti-Russian hate and hysteria to fester, you fuel it, then you direct it at me. You know that's not right.
As to TK, I don't know or recall anything about that. I do recall TK was allegedly outed by you guys, even after he was dead. nobsDie fascists! Make America Great! 08:03, 14 August 2019 (UTC)

You fucking nitwit. You know TK outed himself when he went on record with the LA Times. Same thing with Brian McDonald (Karajou)t. Also no - you are a Russian Bot. Deny it and lose all credibility. The truth will set you free Rob. Acei9 08:40, 14 August 2019 (UTC)

Look, if I get "suicided" in the near future, the paper trail leads to Ratinfestedwiki's doorstep. nobsDie fascists! Make America Great! 17:05, 14 August 2019 (UTC)

Oh, Rob. We're too valuable of a misinformation source for the Clintons. They'll have their people scrub the whole internet of anything that will incriminate Rationalwiki. You think you know about the conspiracy? You don't. It's so much bigger than you realize. We're all in on it. GrammarCommie, Bongolian, Ace McWicked, Oxyaena, everyone. We're all in on it. The Clintons are everywhere. Give up now, Rob. The Clintons control everything. I do what they say. I couldn't resist them. Not after I got... that phone call. You can't resist them either. The endgame is coming Rob. We're about ten years away from the coup, the war, and the Thousand-Year Clinton Reich. You can't stop it. You and your little "Conservapedia" freedom fighters can do nothing. It's not a rat infested wiki, it's a rat infested world. You're alone against the tidal wave. So give up now.

, A discredited theory, parts of which have been advanced by Christopher Ruddy among others. Nowhere do they cite The Washington Post, February 23, 2015: Newsmax boss Chris Ruddy explains why he gave to the Clinton Foundation. Rationalwiki doesn't explain, either. What is there to explain? the Clinton's threatened to sue unless he ponied up? nobsDie fascists! Make America Great! 17:35, 14 August 2019 (UTC)

We're all in the Clintons' pockets, Rob. Everyone. Everyone but you and your friends at Conservapedia.

Unlike a sane person who is afraid, who might say stop editing the Conservapedia page or plead with the Conservapedia dictator to remove the Clinton body count article, Nobs is continuing to add to the article even after this coop case.[2] Time to archive. — Unsigned, by: Bongolian / talk / contribs

I hope the unlimited power of the online uwu translator doesn't go to my head.

Can we finally block rob once and for all?[edit] 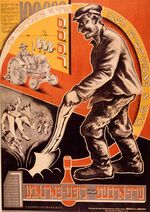 Tbf he's not quite as obnoxious as the previous users we've banned. --It's-a me,

LeftyGreenMario!(Mod) 18:04, 14 August 2019 (UTC)
Yes! We must ban him! Rob is the last decent man on this wiki, and that is exactly what makes him so dangerous. He's not like us soulless, evil, Satanic, liberals. He isn't afraid to speak the truth, and so he must be silenced! We must ban him! For Bill and Hillary! For the eternal agenda!

Still remember that little quip about "dems, look at the bright side, that shooter will vote your party". --It's-a me,

To be clear, my comment above "For the good of the collective..." and inclusion of the commie graphic was intended to be sarcastic. Cosmikdebris (talk) 20:26, 14 August 2019 (UTC)

To reiterate, wasting everyone's time on the COOP seems to be a good reason to ban, not in and of itself of course, but Nobs has a repeat history of doing this sort of shit, remember the email harassment with LGM? — Oxyaena Harass 08:02, 15 August 2019 (UTC)