From RationalWiki
(Redirected from Moonie Times)
Jump to: navigation, search 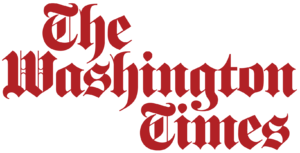 What's that? You say that logo looks like the Washington Post's? That's just a coincidence.Do You Believe That?

Started by Unification Church founder Sun Myung Moon in 1982, the Times has had nearly $2 billion in church subsidies as of 2002.[1] Although much of the early Times staff came from the defunct Washington Star, the paper's board of directors was made up of members of the Unification Church, with the staff undergoing occasional purges, resignations, and faction fights over the direction of the paper.[note 1] No less an authority than the Rev. Moon himself has proclaimed the Times a "gift" to America to thank the U.S. for fighting Communism in Korea, or something like that.[note 2] In 2002 Rev. Moon outdid himself by proclaiming he established the Times "in response to heaven's direction" and that "The Washington Times will become the instrument in spreading the truth about God to the world."[1]

In April 2010, the Moonies cut off the paper's subsidy.[2] This was scooped March 30 by the Drudge Report and denied at the time by the Times[3] and reported May 1 in the Washington Post. The paper was sold in September 2010 for $1,[4][5] apparently back to the elder Rev. Moon to solve a feud over the paper among his sons. The Washington Times is owned by Operations Holdings,[6] a Moonie front company, which in turn is owned by HSA-UWC ("Holy Spirit Association for the Unification of World Christianity"), which could be called either another front group (since few people know what HSA-UWC is) or just a synonym of the Unification Church. Only by 2015 did the Times become profitable.[7]

The editorial slant of the Washington Times is notably conservative and partisan in favor of the Republican Party. On occasion, they do some bang-up investigative journalism and muckraking, sometimes on other conservative groups which the Moonies are involved in intramural feuds with. Usually though, the Times is a quaint bore, ever pining for a return to the glory days of the 1850s or 1920s, and Ronald Reagan's befuddled dreams of reactionary radicalism.

Notable editorial tics: Until recently, The Washington Times had an inability to mention gay marriage anywhere in their pages, including AP wire stories, without putting gratuitous scare quotes around "marriage."[8] When Times editor John Solomon, formerly of the AP and Washington Post, decided to drop that practice and the use of "illegal alien" in 2008,[9] the move attracted some criticism from the Media Research Center: "...whatever the reigning liberal sensibilities are in our news template, often defined by minority journalist groups, are defined as 'neutral'...it does suggest that Solomon has his eyes on impressing the national media elite, and not just impressing the inside-the-Beltway readership of the Times."[10]

A January 2020 BBC article reported that "two widely-shared Washington Times articles[,] both of which quote a former Israeli military intelligence officer" for a conspiracy theory that COVID-19 likely resulted from a Chinese bioweapons program.[11]

In a column from March 13, 2020, "Coronavirus and the death of statesmanship," Times opinion writer Tim Constantine published a quote from a forged tweet attributed to Senator Chuck Schumer as fact in order to depict Schumer as hypocritical in criticizing President Donald Trump's handling of the coronavirus pandemic.[12] However, nearly a week earlier, the Times republished an Associated Press report disproving the existence of the tweet.[13] In late February, conservative blog Powerline acknowledged: "The allegedly deleted Schumer tweet does not appear in Pro Publica’s authoritative list of deleted Schumer tweets. I regret not verifying the authenticity of the deleted tweet before posting this. I’m declaring it a hoax."[14]

The paper has employed some rather, er, controversial columnists, including: