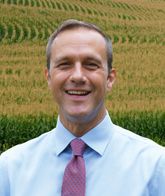 He's clearly mastered the art of the green screen.

Paul Nehlen (1969–) is an American businessman, politician, Republican, fascist, "free speech" advocate of #ShallNotCensor, Christian, and a political candidate in his second (failed) attempt to replace his rival Paul Ryan in the Republican Primary for Wisconsin 1st District in 2018. Nehlen previously challenged Ryan in 2016 and lost in the Republican primary by 15.9% to Ryan's 84.1%.[1] However, Nehlen is infamous for the fact that he has been associated with the alt-right and as such has engaged in their typical online behavior such as posting their memes.[2] Most notably he has read Kevin MacDonald's discredited Culture of Critique (a book arguing that Judaism is a "group evolutionary strategy") in one tweet.[3]

To get you a good idea of what Paul Nehlen's views on Jews are then read his tweets on his (now suspended) Twitter account:

It's Okay to be White, err, Nehlen[edit]

In addition to hating Jews and being a white nationalist, Nehlen is also an Islamophobe who hates Muslims as summed up by this one tweet:

In citing Article 6 of the Constitution, Nehlen seems to be alleging the wingnut conspiracy idea of Creeping Sharia.

Like his fellow Republicans and Donald Trump, Nehlen also wants to build a wall on the United States-Mexico border best described in this tweet:

In a now-infamous incident, Breitbart's Curt Schilling interviewed Paul Nehlen. Unfortunately, things escalated quickly when ThinkProgress obtained audio from the interview and leaked it out to the public. Since then, Schilling has distanced himself from Nehlen, saying there was "[n]o positive benefit to giving [Nehlen] air time".[20] In response, Nehlen began to troll and harass Schilling by gathering his Twitter supporters to attack him and the "Jewish media" stating he was going to "decimate them all."[21]

At war with the media[edit]

(editor of Commentary and columnist for the New York Post) from October to December 2017.[22] During the war, Nehlen issued a thinly-veiled threat, "Do us all a favor, Podhoretz. Eat a bullet.",[23][24] that was subsequently deleted though another similar Tweet was active until his account was suspended in February 2018 (see below).[25] Nehlen also posted a series of (now deleted) anti-Semitic tweets with photos of executives at media companies (including NBC, CNN and Fox) marked with the Star of David

to indicate they were Jewish.[26]

Apparently, even the far-right Breitbart News found him to be too extreme after he was revealed to have been reading Kevin MacDonald's Culture of Critique. One of Steve Bannon's advisers Arthur Schwartz said that "Nehlen is dead to us."[27]

One of the more infamous incidents Nehlen has gotten himself into was retweeting a fake Mossad account on December 29, 2017. He posted this tweet with the words "I notice things @FBI". Little did he know that the "Mossad" account was satirical.[28]

Once again, Nehlen made the headlines when he posted the names, phone numbers, and email addresses of 74 individuals that he claimed were Jews on January 31, 2018. Needless to say, it caused much controversy, and critics noted that several individuals listed weren't even Jewish (such as Persian Huffington Post journalist Yashar Ali). It was also denounced as anti-Semitic.[29]

Nehlen again made headlines when, on February 11, 2018, he posted a racist photo of Prince Harry's bride and actress Meghan Markle (who describes herself as half-white and half-black)[30] with her appearance and looks altered to the recently-discovered Cheddar Man[31] (which revealed that early Britons were dark-skinned with blue eyes) with the words "Honey, does this tie make my face look pale".[32] As you would expect from Nehlen, this caused much controversy, with Markle's Suits

Oh @pnehlen — you’re a sad and sick man with no sense of shame or class. Get a life. And don’t go anywhere near MM — she's got more power, strength, honor and compassion in her fingernail than you’ll ever know in this lifetime. Way above your weight class.[33][34]

This led, inevitably, to ongoing use by alt-right trolls of his name, image, and other references in tweets and their profiles.[36]

After being suspended from Twitter Nehlen moved to using Gab, and, during this time, had taken to doxxing his critics there, and on his "Nehlen for Congress" website.[37][38] Nehlen's expressed views started to become more overtly racist and antisemitic, including an appearance on David Duke's podcast, and promoting a book that contained Charles Manson's justification for violent Neo-Nazi terrorism.

This earned him criticism from members of the alt-right who felt he was going too far, and a more subtle approach was necessary to persuade people to join them.[39] In response, Nehlen began doxxing his critics, despite warnings from Gab to stop, culminating in the doxxing of an alt-right propagandist who went by the name of "Ricky Vaughn," which was the last straw, earning him a ban from the platform[40] and the disavowal of many former allies, including Richard Spencer,[41] The Right Stuff founder Mike Enoch,[42] and Baked Alaska.[43]

Nehlen once called Richard Lawler (editor of Engadget), "Tyrone" (a derogatory term used toward African-Americans) as an insult.[46] He has also retweeted an image showing Paul Ryan falling from a helicopter, in reference to the "free helicopter rides" alt-right meme.[47] He also posted Fashwave imagery on his now-suspended Twitter account on December 13, 2017, with neon 80s imagery mixed with the Statue of Liberty and the words "Save America" with Nehlen himself front.[48] He was also once interviewed by The Right Stuff's Fash the Nation.[49] Additionally, Nehlen was interviewed by white nationalist, anti-Semite, and former-KKK leader David Duke on his radio show[50]

Nehlen also was interviewed by alt-right media outlet Red Ice and promised to target the ADL by stripping its 501(c)(3) status. He also mentioned David Duke and Kevin MacDonald once again noting he's had phone calls with them.[51]

In June 2019, he encouraged his followers to dox and harass transgender individuals.[52] He also was one of the people involved in the Straight Pride parades in Boston, Massachusetts.[53] For those unaware, straight pride is used as a euphemism for homophobia, especially in alt-right/far-right circles.

As of 2019, he's somehow managed to become even more insane by embracing terrorism "accelerationism", commending far-right terrorist attacks in New Zealand and Poway, CA among others, saying that he "wouldn't be opposed to somebody leading a million Robert Bowers to the promised land."[54]

See the main article on this topic: Alt-right glossary

Lest there be any doubt, here are some of the terms that Nehlen uses from the Alt-right: