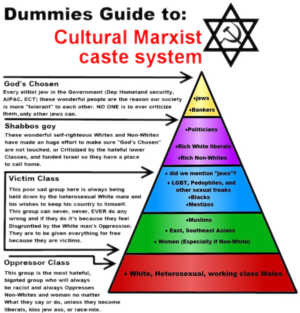 The conspiracist usage originated in Nazi Germany, where Kulturbolschewismus ("Cultural Bolshevism") was used to abuse political opponents. In particular, Jews purportedly were secretly orchestrating the spread of communism (Jewish Bolshevism 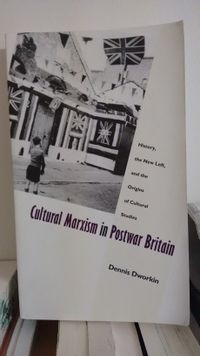 Conspiracy theorists often trace the origins of Cultural Marxist doctrine back to the Frankfurt School of social theory and critical philosophy.[13] Theodor Adorno and Max Horkheimer were indeed interested in applying the Marxist theory of alienation (alongside the psychoanalysis of Freud and Hegelian premises of idealist philosophy) to address social issues of the 20th century outside the economic analysis of positivists and scientific socialists.[14] They never advocated using cultural institutions to disseminate propaganda, as the conspiracy theory contends[15].

Cultural Marxism was a criticism of the lack of revolutionary Marxism at the Frankfurt School by more orthodox Marxists; it remains an informal term for the school itself. The term "cultural Marxism" was first sighted around 1973 in The Critique of Domination: The Origins and Development of Critical Theory by Trent Schroyer.[16] Karl Marx himself never wrote at any length about culture (what he deemed "the superstructure

"), and many Marxists argue against cultural studies — as orthodox Marxists often assert that the only "real" societal division is the one of class. The fact that cultural theorists use multiple lenses of class, race, gender, and sexuality to analyze culture suggests that their methods probably don't come from Marxist classifications. Instead, these lenses are more likely to have come from the 1920s-30s Chicago School of Sociology's 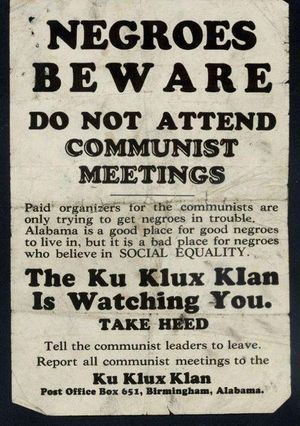 In current wingnut usage, it's additionally a favorite amongst Gamergaters — demonstrating the movement's attraction of many anti-Semites, white supremacists, and MRAs — which they label feminist critics like Brianna Wu and Anita Sarkeesian, who often receive sexist personal attacks and rape threats. They complained when discussions on Wikipedia predating their obsession with the term resulted in the "Cultural Marxism" article on Wikipedia being redirected to the "Conspiracy theory" section of Frankfurt School,

restored after appealing to the God-King, no consensus after that, then deletion and redirection back to the conspiracy theory.[20]

The first usage of the phrase "cultural Marxism" in the conspiracist sense was by William S. Lind of the Free Congress Foundation in his speech "The Origins of Political Correctness" to right-wing group Accuracy in Academia in July 1998, in which he described "political correctness” and "cultural Marxism" as "totalitarian ideologies" that were turning American campuses into "small ivy-covered North Koreas, where the student or faculty member who dares to cross any of the lines set up by the gender feminist or the homosexual-rights activists, or the local black or Hispanic group, or any of the other sainted 'victims' groups that revolves around, quickly find themselves in judicial trouble." Lind gave this speech many times; a 2000 version sets out his thesis:

How does all of this stuff flood in here? How does it flood into our universities, and indeed into our lives today? The members of the Frankfurt School are Marxist, they are also, to a man, Jewish.[24]

Prior to this, Soviet dissident Yuri Bezmenov

suggested that civil rights and social justice movements in the Western world are secretly Soviet plots to weaken their countries from within, and that those who strive for such goals are "useful idiots", because according to Bezmenov, "equality is a ridiculous goal".[29] The inclusion of Bezmenov's interview with the conspiracy theorist G. Edward Griffin

in the advertising for the popular video game Call of Duty: Black Ops Cold War is met with praise by fellow conspiracy theorist Sargon of Akkad. 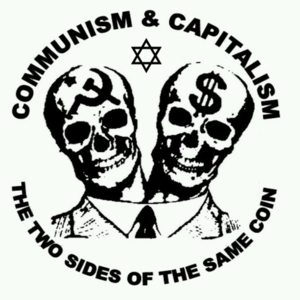 Just a picture from your friendly neighbourhood fascist Third positionist.[30]

By observing the deranged reactions of the Jew to such a simple act of defiance, we come to the understanding that this kind of resistance must be increased exponentially. The World Parasite cannot stay quiet in the face of our propaganda exposure, and had the tendency to lose all composure when confronted with the truth.[31]

Despite its widespread popularity among the hard-right, many both on the right and left have thoroughly debunked the concept as not being Marxist at all. Christian Dominionist Gary North calls Cultural Marxism an oxymoron.[40] Actual Marxist Michael Acuña calls it a myth.[41][42] And "How to Paint Your Panda" has debunked it as well.[43] 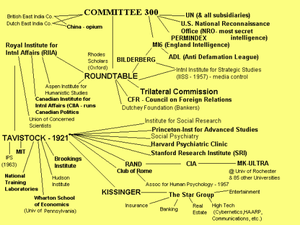 But separately, there's also a conspiracy theory that Theodor Adorno, leading light of the Frankfurt School, secretly wrote all their songs.[44] And in fact all the songs for the British Invasion of the 1960s.

This theory seems to have originated with supposedly ex-MI6 crank John Coleman, in his 1991 book The Committee of 300.[45] Adorno is claimed to have worked with the Tavistock Institute

(an organisation with which he had no connection), at the behest of the Jesuits rather than the Jews. Various alt-right blogs still contend that Adorno used the Tavistock Institute in order to disseminate propaganda through pop music that would provoke the 'degeneracy' of the sexual revolution of the 1960s.[46] Because that's totally how societal shifts work in real life.

Henry Makow further theorises that this is the work of the Illuminati, but then of course he would.[47]

Back in consensus reality, the music Adorno was actually into was Schoenberg's twelve-tone stuff, the main influence on his own compositions. He hated jazz (so he had some good sense) and popular music in general.[48] And he particularly disliked the Beatles:

What can be urged against the Beatles … is simply that what these people have to offer is … something that is retarded in terms of its own objective content. It can be shown that the means of expression that are employed and preserved here are in reality no more than traditional techniques in a degraded form.[49]