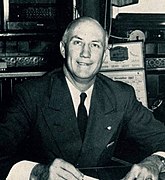 The States' Rights Democratic Party (SRDP) was a segregationist American political party founded in 1948 to protect states' rights...specifically, their rights to oppress black people. Members of the party were referred to as "Dixiecrats." The party was formed by several Southern Democrats in response to the passage of a platform including civil rights at the 1948 Democratic National Convention and Harry Truman's desegregation of the military and the Civil Service. They ran Strom Thurmond and Fielding L. Wright

in that year's election, hoping to deprive Truman and Republican Thomas Dewey of a majority in the Electoral College, thus throwing the election to the House of Representatives, where they hoped to act as a kingmaker and prevent the next president from advancing a pro-civil rights agenda. Thurmond picked up the states of South Carolina, Alabama, Mississippi, and Louisiana with a total of 2.41% of the popular vote nationwide.[1] Unsurprisingly, those were the states where the state Democratic Party refused to allow Truman on the ballot and gave the nomination to Thurmond instead. The party was also on the ballot as a third party in nine other southern states,[2] plus California and North Dakota for some reason. The party folded after the 1948 election, though the Dixiecrat moniker stuck in reference to pro-segregation Democrats. Thurmond and other Dixiecrats would go on to work within the Democratic Party to block and filibuster later civil rights legislation until many converted to the Republican Party in the 1960s thanks to the southern strategy.

It makes perfect sense to think that segregationalist Democrats were liberals, so long as you ignore the vast majority of Southern Democrats at the time who were famously conservative.[6] 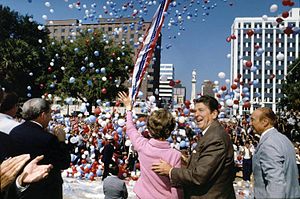 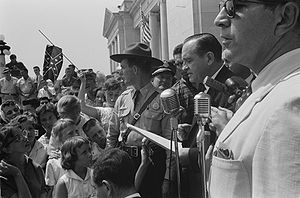 In some cases, they've started to forego the equivocation and just outright claim that the KKK are akin to modern liberals. Because as we all know, the KKK have such a good track record with LGBT rights, environmental protection, women's rights, separation of Church and State, and acceptance of immigrants.

In the 1964 Democratic National Convention

, pro-civil rights Mississippians formed their own branch called the Mississippi Freedom Democratic Party.[7] Note they did not align with the state's Republican Party, then seized control of by white supremacists including Prentiss Walker

amidst the Southern strategy.