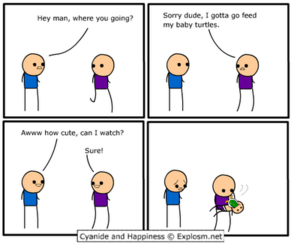 The fallacy of amphiboly occurs when a sentence, because of its grammar, structure, or punctuation, can be interpreted in multiple ways.

It is an Informal fallacy and a fallacy of ambiguity, in that it removes context that is necessary to understand the statement.