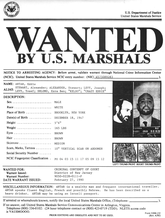 Usage by cults and extremists[edit]

It is also worth noting that by employing this strategy, the mark new initiate is encouraged to commit to and emotionally or financially invest in the religion before being shown the "inner doctrines" that most tend to inspire resistance and rejection. Once this is done, the strategy exploits a number of known weaknesses of human psychology, such as the sunk cost, groupthink, and in-group bias, that tend to lead the new initiate to smother her/his own resistance.

Milk before meat is the Mormon term.[4]

Gradient is the Scientology term (and in Scientology's case, some good ol' fashioned money spendin' is involved so the investment is not just emotional). As a controversial example, new converts to Scientology[note 2] are told that it is compatible with all other religious beliefs, but at higher levels are told that other religions are the result of implants, most famously the R6 implant, and are expected to follow Scientology to the exclusion of other faiths.