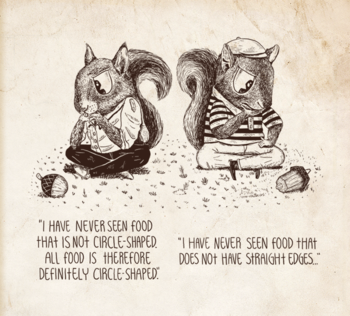 Everything you need to know.
Not to be confused with Sweeping generalization.

Overgeneralization is a logical fallacy that occurs when a conclusion about a group is drawn from an unrepresentative sample, especially a sample that is too small or too narrow. It is the opposite of slothful induction.

The fallacy is an imprecision fallacy and an informal fallacy.

Three senior citizens died after receiving swine flu vaccine in 1976.
Vaccines are bad for you.

What isn't stated is that 48,161,019 people were immunized, only 532 had any negative reactions after the vaccinations (.001%). Eventually 25 people had fatal reactions from Guillain-Barré syndrome, which was an unknown reaction to a relatively new vaccination at the time. By contrast it is estimated at least 50 million (high estimates put it at near 100 million) people died from the 1918 swine flu epidemic.

It is part of the spotlight fallacy to come up with a "sample", which is often utilized by economic conspiracy theorists.

Stereotyping is a type of overgeneralization based on characteristics held by a single person or a small selection of individuals. For example: demonization and bullshit used by racists and bigots.

As a defense for cranks[edit]

In a mixture with the association fallacy, overgeneralization has been used to ward off criticisms of wingnuts in an attempt to associate themselves with more mainstream groups. It is often used to portray the entire fringe group as "victims" of the attack, in order to motivate a larger group to respond in their defense.