From RationalWiki
(Redirected from BoN)
Jump to: navigation, search

Are the shibboleths of Rationalwiki confusing you? We provide you with the Dys Lexicon to make it worse. Starred items are old ones that we don't use anymore. Note: since the acceptance of civility is part of our Community Standards, one should avoid using terms that are considered pejoratives against fellow-editors.

Incidence — many wikis, including RW and TOW 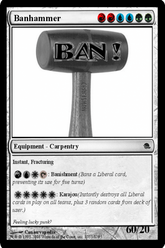 Origin — Probably somewhere around Urban Dictionary; possible link to Robert Bork's nomination to the Supreme Court; or a typo for "broken".[2]
Incidence — Whenever Trent (User:Tmtoulouse) spilt coffee on the server.
Alternative — Doggos say this.

Incidence — RationalWiki:Pissed at us, and more generally all over the interwebz.

Incidence — within parentheses or sometimes square brackets preceding a post whose making entailed an edit conflict.

Incidence — Most frequently high-traffic discussion pages such as the saloon bar, but possible on any page which draws the attention of two editors at about the same time. Likelihood notably decreased when everyone uses section edit links instead of hitting the edit tab up top. Do it.[3]

the remarkable case of a chicken that lived without a head for 18 months, demonstrating the capacity for headless homeostasis in chickens
See the main article on this topic: Rationalwiki:Headless Chicken Mode

Origin — Coined by User:CircularReasoning in a saloon bar comment.[4] 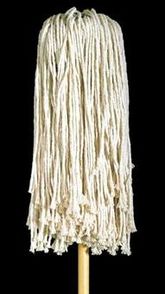 Incidence — RationalWiki, usually in the midst of either an assertion that x is not missional or an argument that x is more missional than y, where y is almost invariably the subject of a five-sentence stub which, due to inaction, has not yet been deleted. As RationalWiki lacks a formal notability criterion, a subject's missionality or lack thereof is central to determining whether or not it should have an article.

Incidence — the words of the old guard, wistfully longing for the old days.

Origin — "I do know, with 95% certainty, what your positions are on classroom prayer and evolution. The 95% confidence level is all that science requires."

Incidence — bold text (bonus points for bold italic text), often between the imaginary tags <sarcasm> and </sarcasm>, as in the message displayed to blocked users.

Incidence — complaints about resistance to rather goofy yet sweeping changes, or sometimes (with decreasing frequency) greetings issued by old guardsmen to old guardsmen.

incidence — One of the dozen or so blogs Denyse O'Leary pretends is "journalism". 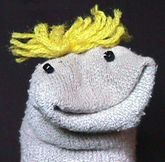 Incidence — RationalWiki (almost all of the Template namespace), Uncyclopedia
Origin — Made up by Uncyclopedia user Evice[9] (RationalWiki user GastonRabbit) to avoid plagiarism when parodying Wikipedia articles, at least for pages explicitly called sporks. 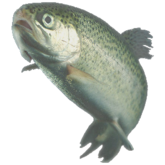 The trout of whacking

Incidence — RationalWiki, along with many other wikis, excluding Wikipedia itself, of course.

Incidence — semi-nostalgic recollections of such arguments, warnings about the direction of ongoing discussions.
See also Karl Rove, the quintessential example.

Origin — Wikipedia where he claims (accurately) to be the 188th editor: as if that made his views more pertinent.
Incidence — User 188 asks a creepy question about young girls. (using the creepy sig "Uncle Ed")

Pioneered by "Somewhere on the Net" but popularized here by user Human.
(from wiki vandalism)
Incidence — Rationalwiki

Origin — Just a nonsense prefix ("weapon of gun" = "gun") that Andy coinedimg during one of his anti-liberal rants.
Incidence — Teh Wiki of Rational, with decreasing frequency.

Incidence: A popular phrase in the limited vocabulary of Andrew "Largely defensive weapon of gun" Schlafly, and can be found littered throughout his glorified hate-blog "trus(t)worthy encyclopedia".