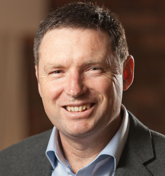 The Australian Christian Lobby is a right-wing Christian company based in Canberra, Australia. Led by Martin Iles, it was founded in 1995 by John Gagliardi, and is effectively Australia's answer to organizations such as the American Family Association.[1]

Despite their home page professing to "...desire a compassionate, just and moral society..."[2] the ACL's primary function appears to involve opposing anti-discrimination laws[3] and marriage equality.

In 2012 a survey of all of their press releases within a six-month period revealed that LGBT issues comprised their most written-about subject by a long shot, accounting for a total of 122 press releases, compared to only 25 for the second-most written about issue (human trafficking and prostitution), with few to none on a plethora of issues that you might think Christians would care about - a small handful of which includes asylum seekers, Christian leadership, drugs/alcohol, education, foreign aid, human rights, poverty, and the Bible(!)[4]

Another year-long survey of releases between 2015 and 2016 revealed that nothing had changed:[5] LGBT issues remained by far the most-written-about topic for the ACL, with asylum seekers and foreign aid receiving very little attention, despite that particular period of time coinciding with the height of the refugee crisis on Nauru and Manus Island[6] in Papua New Guinea.[7]

Oh, and the ACL has also compared gay rights (along with the anti-bullying Safe Schools

program) to the Holocaust and to the rise of Nazi Germany.[8] Charming.

The fact that the ACL considers opposing LGBT rights far more important than, you know, actually promoting Jesus or helping marginalized people in society, calls into question the use of the word "Christian" in their name, especially since this stance puts them out of touch with a significant majority of Christians in Australia.[9] The company's preoccupation with LGBT issues makes it almost tempting to bring up Haggard's law, but that may be something for the future.

Following Australia's legalization of same-sex marriage after a government-mandated postal survey[10] in 2017, former managing director Lyle Shelton announced in February 2018 his departure from the ACL to join the Australian Conservatives

(a political party). To the surprise of exactly no-one, his entry into politics appears to be motivated by his annoyance that gays and lesbians can now marry the person they love.[11]