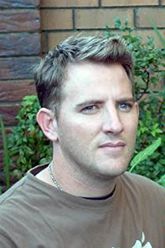 Greg Taylor is an Australian blogger and pseudoscience promoter. He is the owner of the paranormal website, "Daily Grail".

Taylor has an obsession with the medium Leonora Piper.[1] He repeatedly claims that skeptics have failed to debunk the medium. He also has a grudge against Martin Gardner, James Randi, and anyone associated with the Committee for Skeptical Inquiry.[note 1]

Focusing on the paranormal, the Daily Grail is a website that supports all kinds of crazy woo and conspiracy theories. It features credulous and funny articles claiming all kinds of magical things like aliens, ghosts, and ectoplasms exist. Taylor is a big fan of Rupert Sheldrake.[note 2]

A popular article amongst woo-believers on the website is called "The Myth of the Million Dollar Challenge" (in reference to Randi's million-dollar challenge). It quotes parapsychology cranks such as Stephen E. Braude and Dean Radin who claim the challenge is biased against the paranormal, and the million dollars will always remain safe.[2]

Taylor was interviewed by Alex Tsakiris on Skeptiko, during which he stated:

I posted an article a while back: The Myth of the Million Dollar Challenge, which I think is a pretty rational look at how the Million Dollar Challenge means nothing really. It’s always quoted by skeptics as disproving the existence of anything. It means nothing. I did this rational thing, and that’s hard, I think, thirty thousand readers online, so that’s a lot of people getting that information and maybe thinking about it a bit harder – even if Randi did call it a tirade [Laughter]. At least it was a rational look and I think I educated a few people, so that’s the goal, to keep spreading information. That’s what the internet gives us, a chance to educate people a bit more about the truth behind a lot of these claims.[3]

However, James Randi in response to Taylor noted that his article was mostly inaccurate and slid "downhill into innuendo, ad hominem, and blatantly false attacks."[4]

Stop Worrying! There Probably is an Afterlife[edit]

Taylor is the author of Stop Worrying! There Probably is an Afterlife (2013).[5] The book claims that the fraudulent medium Leonora Piper communicated with spirits and is notable for ignoring skeptical material on the subject.[note 3] The book uncritically promotes non-materialist neuroscience and quantum woo. Taylor thinks anecdotal stories from near-death experiences are evidence for the mind existing independently of the brain. There is not a shred of empirical evidence found in the book. But apparently we do probably survive death according to Taylor.