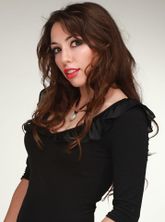 SyrianGirlPartisan first emerged as an internet personality in 2011 during the Arab Spring uprising, with her commentary on the events. SGP has frequently responded to claims that she is an ardent supporter of Bashar al-Assad by arguing that she is simply a patriot who desires what is in the best interests of the Syrian people, opposing what she believes to be the Western-backed destruction of her home country. In more recent times, she has gone on to promote a variety of loony conspiracy theories. These include September 11 conspiracy theories and a belief in the New World Order. SGP has also claimed that the 2014 Ebola outbreak was manufactured by global elites, that ISIS is a direct creation of Israel and the United States (rather than simply being a by-product of US foreign policy) and that the N.W.O are using video games as a means of social control.[1] Her advocacy of these ideas has resulted in her attracting the attention of high profile conspiracy theorists such as Luke Rudkowski and Alex Jones, and thus she is now an occasional cohort on Infowars.[2]

SGP has claimed that many do not take her seriously because she is a woman engaging in political discourse and that she is merely seeking fame, along the lines of useless celebrities such as Kim Kardashian (with the possible exception of not having made a pornographic movie).

SGP also believes that Arabs and Muslims shouldn’t move to Western countries,[3] even though she herself is an immigrant to a Western country.

She doesn't think foreign troops should fight a bunch of genocidal maniac terrorists who are mostly foreigners, because apparently Syria is sacred and impregnable, and no other people are allowed to fight for its land, despite the fact that the Assad regime has a much worse human rights record than the US.[4]

She is a Trump supporter, because why not.[5]

Even she, a fairly staunch supporter of the Assad government, admits it has issues with corruption as well as other problems.[6]

Russian propaganda site RT has come out strongly in her support denying that she is a Russian troll.[7] Unfortunately a vote of confidence from Russia's main purveyor of false information does little to actually improve her credibility.

She's been on Richard Spencer's podcast.[8]

This conspiracy theorists-related article is a stub.
You can help RationalWiki by expanding it.
Retrieved from "https://rationalwiki.org/w/index.php?title=SyrianGirl&oldid=2457249"
Categories:
Hidden categories: