Bullshitting is, in a way, an art form. It's not exactly lying, as when you're bullshitting, you may in fact be telling the truth in a completely slanted or useless form, or you may simply be saying nothing at all. 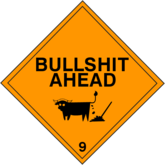 Penn & Teller: Bullshit! is a skeptical television show on the Showtime network hosted by magicians Penn & Teller. The original series concentrated on debunking crank ideas from ESP to alternative medicine. While generally well-received by the skeptical community, it has been criticized for the presenters' tendency to let their libertarian politics interfere with their rationalist message (for example, with the episodes "Prostitution" and "Drugs"), as well as their poor fact-checking (for instance, misquoting Thomas Jefferson).[5] Penn and Teller should've stuck to making rabbits appear out of hats, instead of making Ayn Rand quotes appear on teenagers' Facebook profiles.

Later series concentrated less on actual crank practices, and more on concepts such as "family values" or "profanity", although some basic crank-refuting remained, such as episodes on cryptozoology and New Age "Medicine".

There are bullshit terms tossed around by those who don't like the way reality actually works. These are generally terms which have a real base word, but adds the suffix "-ism" to express that the idea must be a philosophical or religious notion. Such isms include "scientism", "Darwinism", "transgenderism", and "evolutionism". Such terms can on rare occasions be used legitimately within the field of study, but when someone starts using such terms to attack mainstream scholarship, they are snarl words and usually full of bullshit.

Polite euphemisms for bullshit, in the literal or figurative sense, include "bovine feces", "bovine excrement", "bovine scat", and "bovine stool", the last two of which even preserves the initials. Another euphemism for it is "cow patties" or "cow pies" (not to be confused with moose turd pies).[6]

In Rwanda, dried cow dung (presumably from either gender of cattle) is used in the traditional art form of imigongo. During the 1994 Rwandan Genocide, the art form was nearly lost.

How to tell if you believe in bullshit 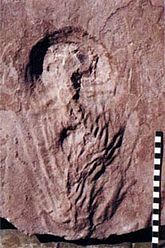