This is the home of RationalWiki's Annotated Qur'an (RAQ). The text used is from the ClearQuran. For more translations, see here.

To link to this document, use {{Qur'an}} (usage instructions on template page).

Keep in mind while searching that The Qur'an was not written in chronological order; instead, it was arranged after Muhammad's death from (roughly) longest to shortest. The following shows the traditional order with Marmaduke Pickthall's titles[1] and the mainstream chronological order.[2][3][4] 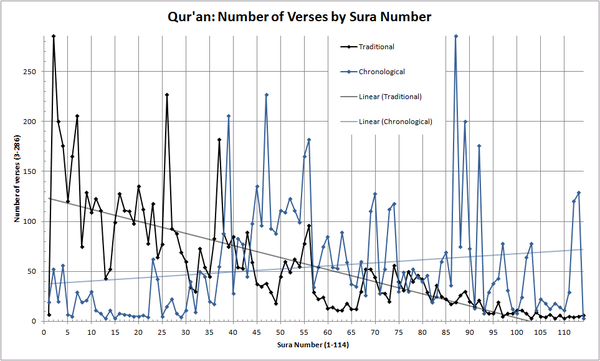