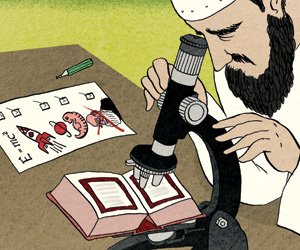 Qur'an scientific foreknowledge (also known as Qur'an scientific miracles) is the idea that the Qur'an, through Allah's revelations to the prophet Muhammad, accurately predicts scientific knowledge that could not have been known at the time of its writing, or about 609 to 640 CE.

With the rise of Islamic creationism, increasing numbers of Muslims are supporting the Qur'an as literally true

For a statement to be Qur'anic foreknowledge, it must fit all of the five following criteria:

According to apologists, the Qur'an predicts: