From RationalWiki
(Redirected from Clown Car)
Jump to: navigation, search
See the main article on this topic: 2016 U.S. Presidential Election 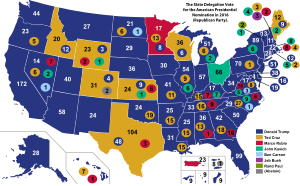 The Republican Party isn't very smart and hasn't been for a long time,[citation NOT needed] but they don't need to be to achieve success. What they are good at is propaganda. In order to gain power, what they needed to do is section off 50%+1 of the voters and get them voting for the GOP. The problem is this has left them extremely vulnerable to scam artists. That's why, in the last couple of elections, we've seen a couple of obvious hucksters rise to the top of the polls.[5][6] Because they have denigrated the media to such an extent, it's not a big step to simply say Fox News is now part of the mainstream media and can be ignored. Because they screamed about how bankrupt the "establishment" is, it's simple for a big part of their base to not only ignore their advice but go directly against it. Because they told us repeatedly that the government can never get anything done, they can't point to a candidate who has accomplished anything of worth and get their base to listen.[7] There was something of a perfect storm for Donald here. He could have been stopped at any point in the process if things had been just slightly different. 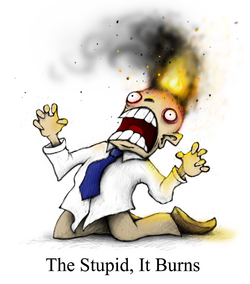