From RationalWiki
(Redirected from Russel's teapot)
Jump to: navigation, search

Teapot spotted[explanation nonexistent]
Russell's Teapot, also known as the Celestial Teapot or Cosmic Teapot, is an analogy devised by the philosopher Bertrand Russell intended to refute the idea that the burden of proof lies upon the skeptic to disprove a claim, whether in general or of any religion. By using an intentionally absurd analogy, Russell's Teapot draws attention to the formal logic behind the burden of proof and how it works. (Not to be confused with Russell Hobbs' Tea Kettle.) 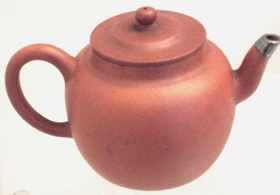