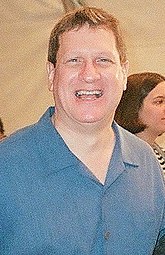 Strobel's "shtick" is to present himself both as an investigative reporter (somewhat true - Strobel was once the legal editor of the Chicago Tribune) and a former atheist. For a self-professed investigative reporter, he seems utterly incapable of asking difficult questions, providing citations for his claims, confronting people when they make overly vague or conflicting statements if said statements cohere with his views or assertions, and seems to take The Bible at face value without argument. Likewise, his description of his atheist past sounds suspiciously like the way atheists are depicted by Christians (e.g. that he was rejecting God, despite knowing or suspecting that He existed(!), in order to be able to sin freely[1]).

Furthermore, he rarely interviews people critical of his position and when he does quote them, the quotes are usually superficial and used as a strawman argument for the following text. Comments that support his position are often taken at face value, without analysis or scrutiny and there is almost never any investigation of the claims made which are in support of his arguments.

It is perhaps fitting, given these "credentials", that Strobel was hired as Professor of Christian Thought[2] by Houston Baptist the-bible-is-literally-true[3] "University" where he now works alongside "I'm a professional philosopher, no really"-William Lane Craig.