From RationalWiki
(Redirected from Artificial sweeteners)
Jump to: navigation, search 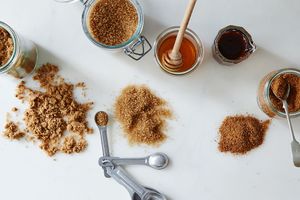 Xylitol appears to reduce the formation of dental cavities (caries), but only when used habitually in gum (not candies).[2] Poor oral health can have side-effects on one's overall health (endocarditis, possibly cardiovascular disease, pregnancy and birth complications, and pneumonia).[3] A medium-sized study of pregnant women in Malawi found that chewing xylitol gum regularly reduced the likelihood of premature birth by 24%.[4][5]

A 2011 University of Texas study found that, of 474 diet soda drinkers followed over 10 years, those who drank 2 or more diet sodas per day gained five times as much weight as those who avoided diet sodas altogether.[6] Artificial sweetener opponents offered 2 possible explanations: They slow your metabolism, and they don't satisfy your craving for sweets thus turning you into a sweetaholic. But there's a third possible explanation: correlation does not imply causation. The people in the study who drank more diet soda might have been the people with weight problems, who used diet soda as a tool of weight control.

A 2013 study on European adults found a link between type 2 diabetes and sugar-sweetened soft drinks, but not between type 2 diabetes and artificially-sweetened soft drinks.[7] A 2014 study claimed to find a link between artificial sweeteners and metabolic syndrome, but this study also had problems.[8][9] A 2016 study claimed a possible mechanism for sucralose-sweetened beverage consumption to increase appetite, but it was based on fruit fly and mouse brain experiments.[10]