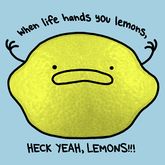 The Lemonade Diet or The Master Cleanse is a form of fasting that supposedly is useful for weight loss and detoxifying the body. For both purposes it is useless to counterproductive, and can be actively dangerous. 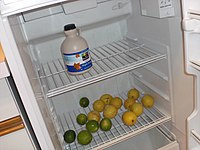 The diet comes from the 1976 book The Master Cleanser, by Stanley Burroughs. Interest was recently rekindled by the 2005 book Lose Weight, Have More Energy & Be Happier in 10 Days, by Peter Glickman. Both books remain among the top 100 sellers in the Diet category on Amazon.com as of this writing. It is a form of "juice fasting," part of the broader practice of fasting.[1]

The hypothesis behind this diet, according to Burroughs, is that all diseases are caused by mucous buildup in the body, leading to the accumulation of fungi and toxins.[2] Lemon juice and cayenne pepper cut through the mucous and loosen it up, and the laxative tea and salt water flush it out of the body. Doing this for ten days is supposed to completely "detoxify" the body, which will allegedly rid it of warts, arthritis, asthma, stomach troubles, etc. In addition, lemon juice and cayenne pepper allegedly cut through body fat, causing it, too, to be flushed from your body, resulting in rapid weight loss. The combination of lemon juice and cayenne pepper is also supposed to cleanse the lymphatic system of toxins. The maple syrup, according to Burroughs, contains all the nutrients your body needs to function during this time.

Of course you are going to lose weight on this diet, because you are consuming only 300-400 calories a day. The typical adult human requires at least 2000 calories to maintain a constant weight if you're doing a reasonable amount of physical activity. Maple syrup does not contain sufficient nutrients: a typical serving of maple syrup contains 0% of the recommended daily value (DV) of fat, sodium, dietary fiber, protein, or any vitamin, and only 1% of the DV of calcium and iron.[6][7] What it does contain is sugar — lots of it. Almost all the calories come from sugar in the maple syrup. Lemon juice does contain vitamin C. Herbal tea's nutrients vary depending on the herbs, but you're not likely to see double digits in the percentages of RDA values.

Like most highly restricted calorie diets, weight is regained almost immediately when it is finished by the body attempting to compensate for the fast.[8][9] This is one of the reasons that even the original proponents of the diet don't advocate it for weight loss. Although as the diet is used as a proposed "detox", one can presume that by the same mechanism that the body gains weight (i.e., telling you to consume calories, and fast) will restock all the supposed "toxins" that the diet eradicates. The remaining medical claims of this diet are pure bunk backed by no scientific evidence whatsoever.[10]

Burroughs' book contains no references to any scientific studies backing up his claims. He presents a handful of mentions of anecdotal evidence and testimonials from his own patients, and only one citation to an outside writing: a National Enquirer interview with the "psychic" Jeanne Dixon.[11]

In addition, Stanley Burroughs attempted to treat a terminal cancer patient using only the Lemonade Diet, color therapy, and massage therapy. The patient died anyway and the state of California unsuccessfully brought manslaughter charges against Burroughs in 1984. The court did convict him of practicing medicine without a license and unlawful sale of cancer treatments.[12]

It is some pretty tasty lemonade, though. Just make sure you eat plenty of nutritious food too, to avoid the aforementioned problems.