Monsanto is eager to assert the patents on its crops, and is a major force lobbying for stronger enforcement of plant breeders' rights. Farmers who collect and save seeds to use for the following year's crop have been sued, although, most farmers do not replant seeds anyway.[17] Monsanto usually wins those cases, because before being supplied with seed, the farmer has to sign a contract that explicitly forbids saving seed.[18] However, Monsanto isn't the only company that doesn't let farmers save their seeds; this is standard practice with many seed companies. Farmers started buying new seed every year long before Monsanto began selling seeds; however, it was due to the rise of commercial seed companies and not genetic engineering.[19][20] 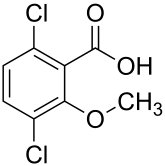