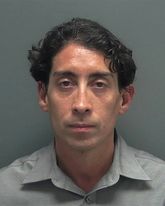 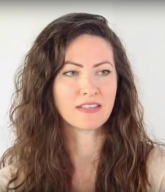 Sayer Ji's partner in crime, Kelly Brogan.
If you were looking for Whale.to, but only wanted the medical quackery, you found it.

GreenMedInfo.com is a website operated by Sayer Ji which opposes vaccination,[1][2][3][4] hates GMOs,[5][6][7] is vehemently anti-fluoride[8] and promotes a wide range of assorted cancer woo.[9][10][11][12][13] [14] Kelly Brogan is Sayer Ji's partner and a frequent contributor to the site. In 2021, a report from the Center for Countering Digital Hate listed Ji and Brogan as two of the "Disinformation Dozen," a group of 12 people responsible for about 65% of COVID-19 related misinformation circulating online.[15]

Probably the truest statement on the website is the disclaimer at the bottom: "This article is not intended to provide medical advice, diagnosis or treatment."

The GMI website was founded in 2008 "in order to provide the world an open access, evidence-based resource supporting natural and integrative modalities",[16] and appears to be a popular one. In July 2016, GMI's Facebook page had 390,000 likes[17] (compare to crank mothership NaturalNews, which boasts 1,900,000 likes[18]). The website is ranked among the top 40 thousand by Alexa — still a significant amount of traffic.[19]

GMI presents many natural products as equal to or superior to all "modern" medicines/chemicals.[20] GMI also promotes numerous conspiracy theories about Big Pharma and GMO-producing companies, such as Monsanto.[21]

Ji, the site's founder, generally despises "modern" medicine — referring to it as "cannibalism"[22] — and further declaring that evidence-based medicine is "as reliable as a coin flip".[23] Ji has also attacked Science Blogs and Respectful Insolence for pointing out his quackery.[24]

GMI also opposes animal research,[25] without which biomedical science would grind to a halt (for veterinary medicine and the ability to treat sick animals, as well as for general medicine). GMI also takes gluten woo to new levels, alleging that eating wheat now causes schizophrenia.[26]

Sayer Ji and GMI support cholesterol and statin denialism.[27][28][29] GMI claim incorrectly that "a very small amount of a statin drug, 5mg per day, can kill a person."[30]

200 Evidence-Based Reasons NOT To Vaccinate[edit]

See the main article on this topic: 200 Evidence-Based Reasons NOT To Vaccinate

Perhaps GMI's worst example of fact-distortion and use of medical babble is their publication, 200 Evidence-Based Reasons NOT To Vaccinate, widely spread around the Internet. In typical Gish Gallop form, each of the 200 "reasons" is just the citation information of a single scientific study — GMI doesn't even bother to explain why each citation proves vaccines are bad.

The publication seems impressive only because it is long — and seems designed to overwhelm casual readers into thinking that a large scientific literature attacking vaccinations exists.

See the main article on this topic: Mental illness denial

GMI posts articles from one of their lead contributors, Kelly Brogan,[32] whom they describe as:

…boarded in Psychiatry/Psychosomatic Medicine/Reproductive Psychiatry and Integrative Holistic medicine, and practices Functional Medicine, a root-cause approach to illness as a manifestation of multiple-interrelated systems.

Which is a way of saying "crank quack" that just takes forever.

Brogan is a zealous proponent of the anti-psychiatry movement,[33][31] arguing — among other things — for the importance of not proactively aiding potential school shooters with sorely needed medication.[34] She has also collaborated with Gwyneth Paltrow's "Goop", and is a COVID denier.[35]

GMI's articles follow a formula: GMI finds a recent scientific publication, summarizes it for a few paragraphs, and tacks on several paragraphs that are only tangentially related to the article about how it proves [X alternative medicine is correct] and/or [modern medicine is a sham].[36] Not only does this lend credibility to his writing, it also makes his job easier — he doesn't need to come up with new content, just repeat work other people have done.

For example, in "New Study Links GMO Food To Leukemia", Ji begins with a summary of the study:[6]

Now, a new study published in the Journal of Hematology & Thromboembolic Diseases indicates that the biopesticides engineered into GM crops known as Bacillus Thuringensis (Bt) or Cry-toxins, may also contribute to blood abnormalities from anemia to hematological malignancies (blood cancers) such as leukemia.

Ji continues with a brief history of Bt toxins and lists the four most extreme conclusions of the study. He then concludes that — surprise surprise! — this means that GMOs are evil and should be banned:

The reality is that we no longer have time to wait around for additional research to accumulate on the adverse health effects of GMOs, especially considering the biotech industry has far more capital to infuse into their own faux research on the topic.

Some, in fact, argue that we should not be waiting around for the corrupt legislative process to compel manufacturers to label GMOs, rather, we should be fighting to ban them altogether, advocating for the precautionary principle before it is too late to undo the damage to our biosphere.

In the meantime, you can join the growing movement to March Against Monsanto, occurring world wide on May 25th, as a way of expressing your desire for real change, as well as vote with your forks, the only immediately effective tool we have against biological and environmental harms caused by the dominant GMO-based food system.

This is all despite the fact that the study wasn't on GMF toxins — but instead on whole-bacteria toxins, used by organic farmers. As Biology Fortified writes:[37]

The strangest thing about the rush by [GMI and the Organic Consumers Association[38]] and other anti-GMO folks to call this the latest “GMO” scandal is that the study didn’t test Bt toxins expressed by biotech crops. It didn't even test the Bt toxins expressed in bacteria then purified. Instead, the paper says they used "spore-crystals Cry1Aa, Cry1Ab, Cry1Ac and Cry2Aa from B. thuringiensis var. kurstaki were obtained in lyophilized form". Some B. thuringiensis bacteria can go dormant, forming a spore, and form crystals around the outside of the bacteria to protect themselves.

In other words, this study used the whole bacteria – the exact same thing that is used in organic Bt sprays. According to Organic Consumers Association, Bt sprays are used by "at least 57 percent of organic farmers" and "does not have detrimental effects on mammals, birds or non-target insect species and microorganisms. In addition, Bt sprays leave no poisonous residue on crops or trees and are readily degraded into the environment." Yet somehow [GMI and OCA think that] the exact same active ingredient, when expressed in a transgenic plant, lasts a long time in the environment and is now toxic to everything, according to OCA et al (despite the pesky science that says it doesn’t).