From RationalWiki
(Redirected from Cleansing)
Jump to navigation Jump to search 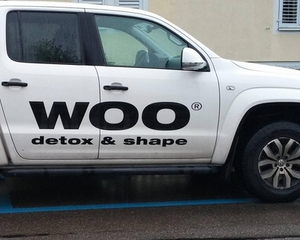 In the Japanese animistic religion, Shinto, all visitors to shrines are expected to ritually rinse their hands and mouths. The notion of spiritual filth, i.e. kegare,

is a rather big deal in Shinto, with much of the religion's rituals being devoted to removing and managing it. Interestingly, kegare is not exclusively produced by sin; it is also produced by normal biological functions such as menstruation and childbirth, as well as by being around dead things.

Importantly, "ritually clean" is not the same "clean" as in the modern definition of cleanness: microbiologically clean, chemically pure or aseptic. Instead, ritual cleanness is brought about by following certain rituals or abiding to ritual rules, regardless of whether they result in any actual cleanness. For example, in Hinduism, the water of the river Ganges

is sacred, and a bath in the Ganges is considered one of highest forms of ritual cleansing, capable of washing away sins and freeing the believer from the cycle of life and death.[3] Objectively speaking, the waters are at least perfectly capable of freeing the believer from life: Ganges water contains an uncomfortably high percentage of raw sewage and is an acute infection hazard with respect to diseases such as amoebic dysentery,

Besides sewage, other forms of pollution, such as garbage, industrial waste, human and animal remains, ashes from cremations, or even whole dead bodies are thrown into the Ganges.[4] Yet, ritually, this is the cleanest water there is.

"Cleanses" are part of a belief that the colon, liver, and kidneys have years of built up "toxins" (like arsenic) in them which are the cause of many or all diseases; the cure for all illnesses then is to cleanse all the "toxins" (like cyanide) from one's body. Hence the existence of "detox" diets and potions. First of all, it is not true that toxins are the cause of most diseases. Diseases have a variety of causes: bacterial, viral, nutritional, genetic, and many others. Secondly, the kidneys and liver are already hard at work cleansing toxins, which are excreted every day. The idea that toxins somehow build up in these organs is just woo, except kidney stones and other buildups in these organs — which, as it happens, are not affected by cleansing.

Cleanses include liver and kidney cleanses, often using herbal tea concoctions containing herbs which are purported to flush out toxins, or more esoteric practices such as coffee enemas and the use of homeopathy, in which tiny amounts of toxins (usually heavy metals in this case) are taken on the mistaken assumption that this will cause the organs to flush out larger amounts of the same substances.[note 2] Other purported cleanses include lymphatic cleanses (which the Lemonade Diet claims to do), juicing, candida yeast cleanses, liver flushes,[note 3] bloodletting, and lead oxide (yes, lead).[6] Perhaps the the most popular target organ for detoxing and cleansing is the colon.[7] This is unsurprising, as the colon is essentially the sewage system of the body, and at any one time is likely to be filled with foul, stinking crap (literally!). Thus, by cleansing the colon, by colonic or otherwise, the practitioner can happily say "look at all the bad stuff we pulled out of your body!" while ignoring the fact that this bad stuff was A) supposed to be there and B) would have been removed in the next few hours anyway. In a less active sense, fasting — going without food or drinks rather than replacing them with woo — is sometimes attempted as an all-purpose cleanse of the entire body.

— the former math person on the game show "Countdown". After leaving the show, she wrote books[8] about the subject and endorsed several "supplements" that claimed to "detox" or otherwise improve the health of consumers.[9]

) is a rare mental disorder, where a person has a "fixed, false belief (delusion) that they are infected by 'bugs': parasites, worms, mites, bacteria, fungus, living 'threads', or other living organisms."[10][11] The disorder can be treated with antipsychotic medication,[10] but people with the disorder may self-medicate with potentially dangerous cleanses.[12]