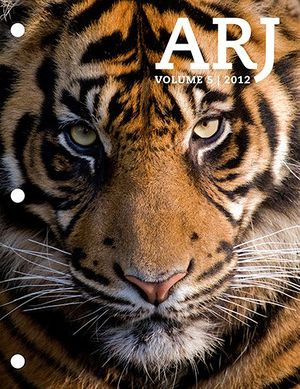 Volume 5 of the Answers Research Journal ran through 2012.

Jerry Bergman analyzes the statement, "Nothing in Biology Makes Sense Except in the Light of Evolution."[1] Bergman references the original paper which coined the phrase,[2] but doesn't bother to analyze the actual content of the paper. (Reading scientific papers, even editorials, is apparently hard.) Instead, he does an analysis of textbooks, some introductory and some more advanced.

We can ignore his glance at chemistry, geology and physical science textbooks, since they aren't in fact biology; although the principles of both certainly support evolution, especially the concept of an old earth, which Bergman ignores. His glance at anthropology seems to ignore that evolutionary anthropology is one of the major branches of anthropology, and that it too isn't biology. Biochemistry and genetics are lacking; this is known, as they are younger fields, but this also ignores that all life uses the similar processes and certainly biomolecules, and this supports common descent. That anatomy and physiology textbooks don't mention evolution is certainly possible, although comparative anatomy would seem to imply common descent.

And ... the introductory biology textbooks do have several chapters. And two of them mention evolution in every chapter. Why would introductory texts do that? And Bergman seems to ignore that there are whole texts on evolution. He slyly swaps natural sciences for biology and concludes, "If, as Dobzhansky claimed, 'nothing in biology makes sense except in the light of evolution' (emphasis added) (Dobzhansky 1973, p. 1), why is evolution rarely mentioned in most natural science books?" Because not all the natural sciences are biology, idiot. (He does this later on when he talks about the content in his courses in college as well. In that section, Jerry also notices that most biology students take only one evolution course — which doesn't, of course, mean it's ignored in other courses.)

Jerry, we're excited that you can count chapters in non-biology books. Now why don't you deal with content? What biological concept, structure, or process doesn't make sense in light of evolution? Notably, the content ignored in most ARJ articles, creating a model of creation science, doesn't appear in any biology textbook, and for good reason!

Another of Vardiman's naturalistic simulations to explain a supernaturally induced event.

Can Theistic Evolutionism Explain the Origin of Morality? A Young-Earth Creationist Response[edit]

Another of Callie Jouberts supposedly philosophical ramblings about young earth creationism, this time relative to theistic evolutionists. Essentially, the piece boils down to, "if you take the Bible literally, you can't believe in evolution," although he frames it in terms of biblical kinds and the brain. He can't accept that humans evolved from apes, and that the brain might just be a manifestation of physical, natural processes. Mind you, he provides no evidence that humans were created or that the brain is the way it is because we are in the image of God; he just says, Biblesaysso, therefore, no theistic evolutionism for you!

More "numerical simulations" to explain a supernaturally induced event, this time "[t]he purpose of the study was to determine how warmer sea-surface temperatures in the Atlantic Ocean following the Genesis Flood would have enhanced nor’easters." Authors Michael Oard, an atmospheric scientist, and Steven Austin, a PhD Geologist associated with the Institute for Creation Research, argue that the tremendous thermal energy released from the "catastrophic processes of the Genesis Flood would have heated the oceans." Based on this bald assertion, the authors hypothesized that the greater temperature differential between warmer air over the Atlantic and frigid air moving from the north would have created "enhanced nor'easters" that would have dropped more precipitation farther inland "for several hundred years following the Genesis Flood." They appear to be trying to demonstrate that this mechanism could have "contributed significant quantities of snow to the Laurentide ice sheet in eastern Canada and the United States." The authors then simulated 3 different types of nor'easters based on known conditions similar to documented storms, but influenced by the warmer Atlantic water they assert was present after the flood. They then conclude, of course, that such storms would be more energetic and produce more precipitation than storms that presently form over the Atlantic, including storms capable of contributing to the thick Laurentide Ice Sheet over Eastern Canada during the last Ice Age. Despite impressive graphs and what appears to be a sound methodology, the study obviously can't do anything more than demonstrate the possibility that nor'easters were more energetic at some point in the past and capable of producing conditions known to have existed. The study is incapable of addressing their flood story.

It is no small irony that creationist clowns like CMI in their 15 Questions for Evolutionists misrepresent science as solely involving "experimenting to figure out how things work" and criticize the theory of evolution as being unscientific because "you cannot do experiments, or even observe what happened, in the past." Of course science isn't so narrowly defined. A falsifiable hypothesis is tested by making observations to determine whether predicted conditions exist. Those observations can be based on the results of experiments, though they certainly need not be. As creationists like to pretend isn't true only when it comes to evolution, good science can also be based on testing predictions against conditions that already exist, such as geological formations - conditions creationists love farting around with. The fossil record and organization of the tree of life are no different.

The article presents what may be good science to the extent it purports to offer an explanation for conditions known to have existed in the past. It's hokum to the extent it's an attempt to confirm the supernatural cause of those conditions.

Understanding the Nature of Scripture, of Jesus, and the “Dis-Ease” of Theistic Evolutionists (BioLogos)[edit]

Callie Joubert's obsession with theistic evolutionists continues ... and he makes a pun!

What Makes Us Human, and Why It Is Not the Brain: A Creationist Defense of the Soul: Discussion[edit]

What Makes Us Human, and Why It Is Not the Brain: A Creationist Defense of the Soul: Reply[edit]

A reply to Callie Joubert's 2011 paper and his response.... is anyone else contributing to ARJ?

Review of John Lennox’s Book Seven Days That Divide the World: The Beginning According to Genesis and Science[edit]

Gee, Callie, obsessive much? How many ways can you say about the same thing about theistic evolution?

The Unbeliever at War with God: Michael Ruse and the Creation-Evolution Controversy[edit]

This Joubert screed includes the "logic" behind assertion that there are no atheists because the Biblesaysso.

Abraham and the Chronology of Ancient Mesopotamia[edit]

McLellan attempts to reconcile various scholarly approaches to dating historical events and archaeological sites in the Levant with the aim of reevaluating the dating of biblical character Abraham's life. Because the Tower of Babel and the "rich pre-Abrahamic period." Much like that of Frodo and Samwise, Abraham's impact on the development of civilization in the Levant cannot be overstated, nor can the significance of McLellan's trailblazing work. Historians are only now following McLellan's lead by beginning to study the rich pre-Gandalfic/Frodoic period in Middle Earth. McLellan concludes that Abraham lived in the early Bronze Age, concurrent with the Early Dynastic Period in Mesopotamia, the Early Dynastic and Old Kingdoms in Egypt, and the Ebla Empire in Syria. Thus, McLellan's study potentially places Abraham's life as much as 400 years earlier than Archbishop Ussher's estimate and 800 years earlier than traditional Jewish estimates. 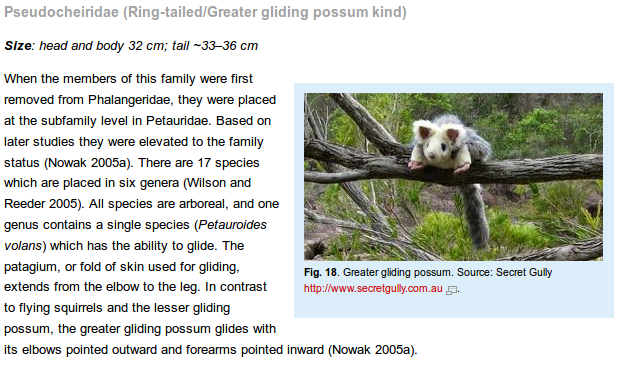 The cuddly toy featured in the original version of "Mammalian Ark Kinds".

Lightner uses her previously detailed methods to separate mammals into kinds. She uses hybrid data for 12 baramins and makes up the rest. As PZ Myers notes,[3] creationists have previously attempted to equate 'kind' with genus or family, but Dr Lightner tries to crunch down the number of animals on the ark even further by equating it with an order. But she makes a single exception of the rodent order, as it would just be pushing it a little too far, apparently, to descend mice, rats, squirrels, porcupines, beavers, guinea pigs, and hamsters all from the same pair of animals.

Dr. Lightner even used a marketer's photo of a children's cuddly toy puppet[4] to make her designations (see Figure 18, right) — despite being a qualified veterinary surgeon, she failed to recognise that this was not actually an animal. Creation science at its finest. Since the screenshot was taken, the image has been replaced with a photo of an actual possum — but clearly it managed to pass "peer review" the first time.

Is Young-Earth Creationism a Bad Choice?[edit]

Evolutionary Psychology: Why It Fails as a Science and Is Dangerous[edit]

Evolutionary psychology has lots of problems, but none of them are that it views humans as contiguous with animals.

Callie Joubert saves the day, providing 40% of the articles for volume 5.