From RationalWiki
Jump to: navigation, search
Haji redirects here, you may have been looking for Hajj

Haji Yearam[note 1] (1838-1920)[1][note 2] was an Armenian Seventh-Day Adventist. According to young-Earth creationists, in 1856 (also given as 1854)[note 3] Yearam led three "atheistic" scientists to the site of Noah's Ark (on top of a mountain). In the tale, the scientists became enraged, tried & failed to destroy the boat, and forced Haji to swear to secrecy on threat of death. The story ends when, around the time of Haji's death, one of the scientists published a confession of his actions.

Young Earth Creationists often retell stories of Haji's expedition colorfully and (more importantly) without any evidence that it actually happened.

The story is typical of stories of Noah's Ark sightings: exciting, conspiratorial, and utterly baseless.

This story is riddled with more holes than a cheese grater.

First and foremost, there's literally no evidence for this expedition. The burden of proof is on those who believe this story, and they have failed to fulfill it. No one has ever produced evidence:

If even one of these points is unsupported, it is fatal to the creationist narrative. As it currently stands, they are all unsupported.

There was a fire at Williams's place of employment in which the newspaper and Yearam's testimony could feasibly have been destroyed.[11][1] However, the idea that retracing the reference is like "finding a needle in a haystack" does not hold water. Many old newspapers have been scanned and are available in digital, searchable format. Even if no copies survive of this particular newspaper, it is inconceivable that the only newspaper in the world that found this story newsworthy just happened to be a paper published in the area where Harold Williams was around to read it, who just happened to be the person Haji Yearam had confided in before his death. One would think that some British papers, at least, would also mention this remarkable confession of a supposed "London scientist" of note.

In other words, when Yearam moved halfway across the world from Armenia to the USA, the one pastor he confided in accidentally moved to the one area where a newspaper editor would think it worthwhile to mention the deathbed confession of a British scientist that he had found Noah's Ark many decades earlier. Are you sensing a pattern here?

The Ark File presents the most complete set of evidence for a possible expedition, which is still found wanting:[1]

[S]everal expeditions to Mount Ararat have been traced to that time period, even though their exact composition and membership is rather obscure. Fernand Navarra once mentioned having received a call from “a Frenchman whose grandfather had participated in an expedition to Ararat under Napoleon III, and had brought back a piece of wood given to him as a gift from the natives.” Judging from history, this must have taken place sometime during 1852-1870.

While it's possible that this occurred, searches for the quote[16] only return The Ark File itself.

Danby Seymour, an Englishman, is also reported to have ascended the mountain with a small group of fellow Britishers in 1856[.]

According to Wikipedia, Henry Danby Seymour

[O]ther repoorts reveal Major Stuart as leader of another expedition.

did explore Ararat in 1856.[15] However, creationists conveniently forget to note that the expedition had five (not three!) members, went with Kurdish (rather than Armenian) guides, and was entirely unrelated to the Ark.[14]

One may speculate that if there is a tiny kernel of truth in Yearam's story, it may indeed reflect some confused childhood memories of the presence of various European explorers in the Ararat area in the mid-1800s. A young boy with very little experience with "outsiders" would easily find them strange and threatening, and so they were cast as the villains in a fantasy about evil people wanting to destroy Noah's Ark. (A child might have trouble understanding why anyone would come all the way from Europe to explore Ararat except in connection with the fabled Ark.) A lifetime later, and well into his declining years, Yearam may well have been sincere when he fed his confabulations to Harold Williams.

The different stories contradict; perhaps they would be more consistent if they had a grounding in fact.

According to one, "several hundreds of years after the flood" the trail to the Ark had been washed out by a massive storm when some "enemies of God" had tried to get close to the Ark" and pilgrimages to the Ark had stopped entirely;[2][4][5][6] according to others, Yearam's father had made regular pilgrimage to the Ark as a boy, which would have been impossible if the path was broken![3][7][8] Moreover, if God was willing to send a storm to attack these original Ark-destroyers, why did he not send another storm to prevent these three scientists?

One story states that the village elders, upon receiving the five three scientists, decided that God had decided to share knowledge of the Ark with the world, and appointed Haji and his father to the task of guiding the three scientists;[12] another states that the villagers thunderously protested the decision to accompany the atheists;[13] the most-often repeated version of the story states that Yearam and his father did not tell anyone what they had "found". Yet in all versions of the story, the three scientists threaten their guides not to reveal the ark's location. None of this makes any sense when, according to creationists, the location of the Ark was already in common knowledge to the local Armenians! Ultimately, why would the scientists threaten two people when a whole village could reveal them?[14] 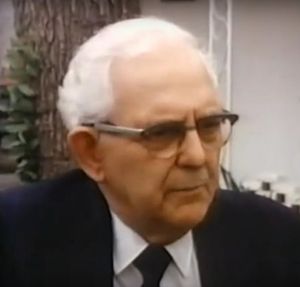 Why did Williams wait until 1952 (a full 34 years after the 1918 scientist's confession) to relate such a story? Surely such a juicy, creation-fulfilling story would be worth sharing?[14]

Why would three scientists who did not believe in the Bible — and who did not want the Ark to be found — go out on an expedition to find the Ark in the first place?[14]

The Ark File (p. 104) describes the motivations of these vile, Bible-hating explorers like this:

They were atheists. They had organized an expedition at great sacrifice and expence for the specific purpose of exploring Greater Ararat to prove that there was no evidence that Noah's ark ever rested there.

These villainous atheists must have been fond of throwing money out the window. Even if they went over the whole mountain and found nothing, they would know that True Believers could simply retort that the Ark had rotted away over the millennia, or that it is buried in a glacier, or that the explorers simply failed to look in the right place (God hiding it from such unworthy eyes).

Add to that the fact that scientific expeditions per definition look in places where they expect or at least hope to find things. The suggestion that the expedition was to "prove that there was nothing there" is contrary to science, as the fact that no evidence for the Ark had been found equals proof that nothing is there (until the day that such proof be found and the idea needs revision). The supposed purpose of the expedition makes zero sense.

Yearam's story relies on a conspiracy theory in which a group of atheistic archaeologists purposefully destroyed evidence against their beliefs, while at the same time managed to locate the site of the Ark and obtain passage to it without attracting any attention. It's very strange that atheists, upon being presented with evidence of the global Flood, would remain atheist, or at least that they would react in that fashion (they'd be more likely to put forward alternative explanations for what a big boat was doing up there). Moreover, the three scientists are described in extremely harsh terms. This better fits Christian fundamentalist depictions of atheists as closed-minded, militant, and evil (along the lines of the atheist professor myth) than depictions of actual atheists, who often do change their views under the weight of evidence. This suggests that the story might just be a religious fabrication. Indeed, David Livingstone et al. note "the melodrama of Haji Yearam's tale",[11] which seems out of character for a realistic assessment.