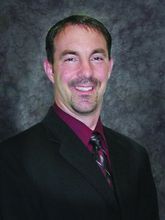 Bodie Hodge is Ken Ham's son-in-law, who is active within Answers in Genesis and in charge of day-to-day operations at the Creation Museum. Hodge holds bachelors and masters degrees in mechanical engineering from Southern Illinois University.[1] He is perhaps best known for expressing the opinion that lying is always wrong, and that the "righteous lie" does not exist.

Hodge illustrates "the righteous lie" with a hypothetical example about lying to a Nazi soldier to save the life of a Jew that may be hiding in your house.[2] Hodge's reasoning for this sort of behaviour is based around saying that "high treason" against God outweighs any gain or justification that can be made in the living, material world.

In Hodge's view here, the dilemma of lying vs. condemning someone to death is resolved by considering lying to be the greater of two evils because God views things differently to humans. As such, it seems that Hodge views life as relatively meaningless and something to be given up readily and freely just to help "please" the Lord — so much for God's "gift" of life that should be cherished and protected. Hodge defends this action by stating the usual cliché that we cannot know God's intentions and so should just obey the "don't lie" Commandment regardless of the outcome. With this in mind, however, it does seem strange to state that one cannot know God's plan with respect to life and death and yet emphatically state that one knows God's plan with respect to how liars, even noble ones, will be treated. For instance, it is perfectly possible that it is God's intention that the free will given to humans should be used to preserve the preciousness of life under all circumstances. Unless one can know that this is absolutely not God's intention, failing to lie to the Nazi soldier in this hypothetical situation makes one complicit in the Holocaust and therefore responsible for murder, which is also a sin. So the obvious question to ask is; which goddamn Commandment do we obey? As the Commandments in the Bible aren't given an order of priority, and lack an "unless in conflict with the first law" type clause, as seen in Asimov's Three Laws of Robotics, and that all are apparently punished equally, such situations lead to inevitable no-win situations for strict adherents. God, indeed, works not only in mysterious ways but in very douche-baggy ways too.

He does have an escape hatch from being labeled a malicious asshole by adding "I would pray that the Lord would grant me the wisdom to know what to say and how to say it", thereby offloading and externalizing any guilt or responsibility from his response in this hypothetical situation to God and not himself.