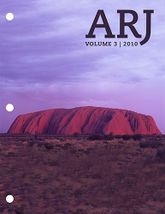 Volume 3 of the Answers Research Journal ran through 2010.

Those Enigmatic Neanderthals: What Are They Saying? Are We Listening?[edit]

Yet another review-ish article about which of two fringe creationist theories explaining Neanderthals is better. This article argues for the view ignored even by creationists, that Neanderthals were humans who lived for hundreds of years. The distinctive look of Neanderthals died out when humans didn't live long enough to develop their Neanderthal characteristics. All in 4000 years! Along with the romp through "Was Homo erectus man or ape?", this silly article is all post hoc reasoning.

Hmmmm... Let's look at a big storm in 1996 and pretend it extrapolates to the massive Global flood. Ignoring that this probably contradicts Flood geology, this feasibility study has one sentence about creationism: "Glaciers thousands of feet thick could have readily developed during hundreds of years following the Genesis Flood." That's nice. Any evidence of the actual post-Flood period?

A review of different definitions of uniformitarianism and a request for new nomenclature, with a little whining for good measure. There is not much here in terms of science (no physical evidence), being more of a philosophical piece on the basis of science.

Inherit the Wind: A Lesson in Distorting History[edit]

An essay challenging the historical accuracy of the play Inherit the Wind, in what is supposed to be a science research journal. The article is a long rant that the play portrays creationists as stupid and ignorant, and complains that the play fails to mention eugenics. Despite there being a section titled "The Science Facts Irrelevant", the paper at no point discusses the facts of evolution or creation, even in the context of the play. What is actually surprising is how rarely the play is referred to during the article — quotes from the play and trial transcript are dwarfed by creationist quotes about the play.

Baraminologist Todd C. Wood produces a paper that, assuming baraminology as true, does what the title says. The results look remarkably similar to those considered the case by standard science. Even other creationists don't like this paper.

Use Genesis to justify your global warming denialism! Some quotes to indicate how idiotic this "article" is include the following:

(p.s. to the web editor: Writing carbon dioxide in your HTML version as CO2 does not help your first impression as a science journal.)

This student paper, from Cedarville University, is a good old "flood of the gaps" argument, which relies on the Australian desert being a tropical forest with a large lake in it in the last few thousand years. Pity that there is nothing in the local oral history about this forest and lake vanishing, or ever having been there at all.

Same as before only this time they simulate two different storms with the program and then extrapolate to get the same result as before. Well it is nice to know that their off-the-shelf simulation program works.

In this rather unoriginal piece, Jerry Bergman attempts to argue that belief in evolution implies atheism, quoting the "usual evils" of Richard Dawkins, Judge Jones and Stephen Jay Gould in the process. (Kenneth Miller is notably absent!.) The article lacks a connection between the ideas of evolution and religions, instead focusing on argumentum ad populum concerning the percentage of biologists who are atheists. The quotes mostly focus on the evolutionists' statements that evolution and religion are incompatible, but do not investigate the reasons they say they are. The only evidence considered is that it is difficult to argue for design when mutations are observed to be random and natural selection isn't entirely deterministic, all the while ignoring theistic evolution.

These letters scoff in disbelief that Todd C. Wood could propose that other hominids could be "human." The authors deny Wood's statistical measures, and use morphological comparisons to suggest that these three are definitely not human. The authors even admit to limitations to standard baraminology!

Three quotes sum up baraminology in general. From Anne Habelmehl:

And from David Menton:

Todd Wood weighs in on his blog about these criticisms and two others (one at CMI and one at AIG):[1]

He later published a paper in the Journal of Creation Theology and Science with further analysis.[2]

Is the Sodium Chloride Level in the Oceans Evidence for Abiogenesis?[edit]

Jerry Bergman's answer: No. Is it evidence against abiogenesis? No. Is it evidence for Young Earth Creationism? No, although he seems to think so, because "we live in a world created for us to meet our needs, thus nature was created to fit our requirements." Never mind that humans drink fresh water.

The Geology of Israel within the Biblical Creation-Flood Framework of History: 1. The pre-Flood Rocks[edit]

Yawn. Really, Andy, this stuff again? OK, you've added a long review type article thing with dates of millions of years, and then shift back to the same-old radiohalo stuff, followed by the special pleading about accelerated radioistopic decay that magically occurred during the flood but didn't burn up everything. All that based on the your measurements on 10 rocks. While we appreciate data (hint: tell your other authors, you are senior editor after all), you're going to need to do better than that!

In his long anticipated[3][4] article, Jason Lisle finally presents his solution to the distant starlight problem. As analyzed at the Sensuous Curmudgeon,[5][6] Lisle changes an assumption in relativity about the speed of light, which may create problems with Maxwell's equations. The central point of his thesis is related to the idea of the one-way speed of light

, which thought experiments would indicate is not possible to measure without synchronized clocks. The speed of light can only be measured on a loop: from a source, bounced off a mirror, and back to the source, with

being the average speed of light over that path. However, Lisle propose that light comes in from the source instantaneously and is reflected back at speed

, giving an average round trip speed of

. This way we can see the light of distant objects instantaneously. This raises questions on why we see galaxies in various states of development, which Lisle explains with the creationist hypothesis that galaxies are created and destroyed in less than a few thousand years.[7]

It turns out Lisle had published the same idea under a pseudonym nine years ago, making one wonder about the originality of the idea.[8] Lisle also fails to cite the previous work done of this by W. Farrell Edwards in 1963 when he proposed anisotropic space and discussed its implication which he could have found, like we did, by looking it up on Wikipedia.[9] So much for creation science.

Meanwhile, Answers in Genesis publishes a mature response to criticism. Way to go!

All three of these papers hinge on the same basic idea, if the sea surface temperature of the Pacific ocean off the coast of the continental US was above 30 degrees Celsius, there would be more than four times the amount of precipitation during certain storm events and glaciers would form in just a few hundred years. The question left unanswered, why would the Pacific Ocean's sea surface temperature be more than 15 degrees above the current average during and after a global flood?

The Geology of Israel within the Biblical Creation-Flood Framework of History: 2. The Flood Rocks[edit]

For what is likely the final paper of the year, Snelling gives us a 44 page browser-hanger of an article with lots of colorful diagrams. It is an extensive description of the geology of Israel and surrounding countries, but little to nothing of it could not be found in more reliable scientific texts. Snelling states straight upfront "The sedimentary strata that cover most of Israel are an obvious record of the Genesis Flood", stating his conclusion in the first line of the abstract. The few take home point that can be sieved out of it are:

This paper is again nothing new or interesting in terms of evidence for a global flood. It is a discussion of geology, with the odd little bit about the flood already published elsewhere chucked in.