From RationalWiki
(Redirected from Chronology of the Bible)
Jump to: navigation, search 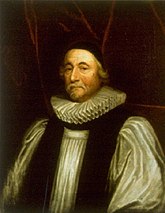 This man's legacy is quite annoying.

He is most famous for calculating what was believed, at the time, to be the exact first day of creation based on a detailed examination of the Bible and of older chronologies and calendars. The date which he arrived at — the night preceding October 23, 4004 BCE — is still used by many young earth creationists today.

See the main article on this topic: Age of the Earth § Early Christian and modern Young Earth Creationist views

The main distinction between Ussher and other significantly different (i.e. in the hundreds of years) biblical chronologies depends on which Old Testament version is used.

As with most Protestant bibles today, Ussher relied on the Masoretic text

. However, the Eastern Orthodox and older Catholic bibles as well as ancient Christians prior to Jerome

tend(ed) to use the Septuagint which moves the date of Creation back to around 5000-5500 BCE, but places the Flood much later (around 1850 BCE).

, while locating Creation (in 4064 BCE) almost simultaneously to the Masoretic text, moves the Flood back to around 2800 BCE (or about 450 years prior to Masoretic calculations).

A few, more modern (and fringe) biblical chronologies have moved Creation back significantly, such as Harold Camping's 11,013 BCE, or two 19th century calculations