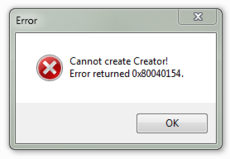 The argument assumes that an infinite causal chain cannot occur, absent any justification. Infinite regress can even occur in finite time, so evidence concerning whether or not the universe had a beginning (which we now know!) is irrelevant. Advances in quantum field theory and cosmology also have allowed physicists, astronomers, and cosmologists to construct models that would allow for an infinite universe. Models like the cyclic multiverse, for example, can have an infinite amount of universes, and each universe has an infinite amount of cycles with infinite Big Bangs forming each cycle of the universe.

Most philosophers believe that every effect has a cause, but David Hume critiqued this. Hume came from a tradition that viewed all knowledge as either a priori (from reason) or a posteriori (from experience). From reason alone, it is possible to conceive of an effect without a cause, Hume argued, although others have questioned this and also argued whether conceiving something means it is possible. Based on experience alone, our notion of cause and effect is just based on habitually observing one thing following another, and there's certainly no element of necessity when we observe cause and effect in the world; Hume's criticism of inductive reasoning implied that even if we observe cause and effect repeatedly, we cannot infer that throughout the universe every effect must necessarily have a cause.[5]

Through modern science, specifically physics, natural phenomena have been discovered whose causes have not yet been discerned or are non-existent. The best known example is radioactive decay. Although decay follows statistical laws and it's possible to predict the amount of a radioactive substance that will decay over a period of time, it is impossible — according to our current understanding of physics — to predict when a specific atom will disintegrate. The spontaneous disintegration of radioactive nuclei is stochastic and might be uncaused, providing an arguable counterexample to the assumption that everything must have a cause. An objection to this counterexample is that knowledge regarding such phenomena is limited and there may be an underlying but presently unknown cause. However, if the causal status of radioactive decay is unknown, then the truth of the premise that 'everything has a cause' is indeterminate rather than false. In either case, the first cause argument is rendered ineffective. Another objection is that only the timing of decay events does not appear to have a cause, whereas a spontaneous decay is the release of energy previously stored, so that the storage event was the cause. One possible counter-objection is that the storage event may cause the conditions that allow for radioactive decay, but is not the immediate cause for decay. However, whether this counter-objection refutes the objection depends on how one interprets causality within this context.

The release of such radiation comes in the form of gamma rays, which we now know from experiment are simply a very energetic form of light at the extreme end of the electromagnetic spectrum. Consequently, as long as there has been vacuum, there has been light, even if it's not the light that our eyes are equipped to see. What this means is that long before God is ever purported to have said "Let there be light!", the universe was already filled with light, and God is rendered quite the Johnny-come-lately. Furthermore, this phenomenon is subject to the same objection as radioactive decay, that we don't know if their is truly no cause or if there is a cause we just haven't found yet, which in turn is subject to the same counter-objection as for radioactive decay.