From RationalWiki
(Redirected from Lucifer)
Jump to: navigation, search 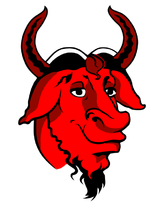 He didn't. According to Christians [2], Scripture says that Satan is still running around in good ol' Heaven and Earth, and that the flaming lake in Hell was created as a punishment for Satan and his rebellious angels, and the "conscious torture" for humans in Hell was an afterthought by the main asshole Himself. 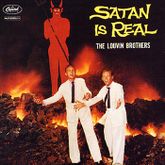 Satan is called the "Father of Lies", but there is no biblical evidence (other than hearsay) that Satan ever did lie. In fact, in the Garden of Eden, when Satan (or "the" Serpent, but who can tell the difference?) tells Eve that she won't die "in the day thereof" when she eats the fruit, Satan is telling the truth, because Eve did not die until much later. Further, Satan was right, that Eve could hold good and evil apart from that point onwards (God on the other hand told, they will die, but since Eve needs the fruit of immmortality first, she would have died anyway, that makes God the liar instead of Satan, but thats another topic...). But Biblical literalists quote a Psalm, where it is written, that for God, a thousand years are like a day gone by or something. Fundamentalists cover the issue by saying that Eve spiritually died the instant she ate the fruit, despite the fact that she gained the ability to tell good from evil. This is very much like when you send $30 to a TV preacher for him to pray that you win the lottery. You don't actually win the lottery, but you win the lottery spiritually.